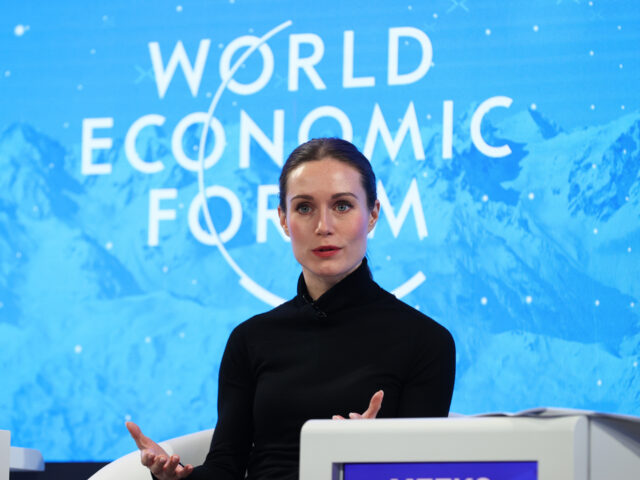 In a discussion at the World Economic Forum’s annual meeting in Davos, Finland’s Prime Minister Sanna Marin has said that Europe will support Ukraine “as long as needed” even if the war with Russia lasts upwards of 15 years.

Speaking with CNN’s Fareed Zakaria, Finnish PM Santa Marin, 34, said that she believes Europe should commit to backing Ukraine in an open-ended conflict with Russia, rather than seeking to come to a peace agreement and ending the bloody war.

“I think the only message that we need to send is that we will support Ukraine as long as needed. One year, two years, five years, 10 years, 15 years,” she said.

Marin, who became the youngest prime minister in the history of her country in 2019, went on to say “We don’t know when the war will end, but we have to make sure that the Ukrainians will win. I don’t think there’s any other choice. If Russia would win the war, then we would only see decades of this kind of behaviour ahead of us.”

“I think other countries are looking very closely at what is happening now in Ukraine. And if Russia would win, then it would send a message that you can invade another country, you can attack another country and you can gain from that,” she added.

Last year, Finland, which shares over 800 miles of a land border with Russia, reportedly sent some €300 million in aid to Ukraine, including approximately €190 million on military equipment.

Despite decades of neutrality during the Cold War and indeed in the thirty years since the dissolution of the Soviet Union, Finland alongside Sweden has applied to join the America-led North Atlantic Treaty Organization (NATO) last year in response to the war.

Commenting on the move to join the Western alliance — which still needs to be ratified by other member states — the Finnish PM said at Davos: “We want to become a member of NATO because we never want war in Finland again. We have been at war with Russia before, we have very good military capabilities but we have to make sure that [Russia is aware of] the threat of Article 5 — that if a NATO country is attacked, the others [alliance members] will defend it.”

“Also, of course, Finland will defend other countries when it becomes a NATO member,” Marin continued.

The rhetoric from Marin on supporting a ‘forever war’ in Ukraine is reminiscent of similar statements from German Foreign Minister Annalena Baerbock, who said in September that her government would support Ukraine “as long as they need us”.

The Green Party politician went on to say that the government would embark upon this path “no matter what my German voter thinks.”

(You can cancel at any time).
InFinland, WEF