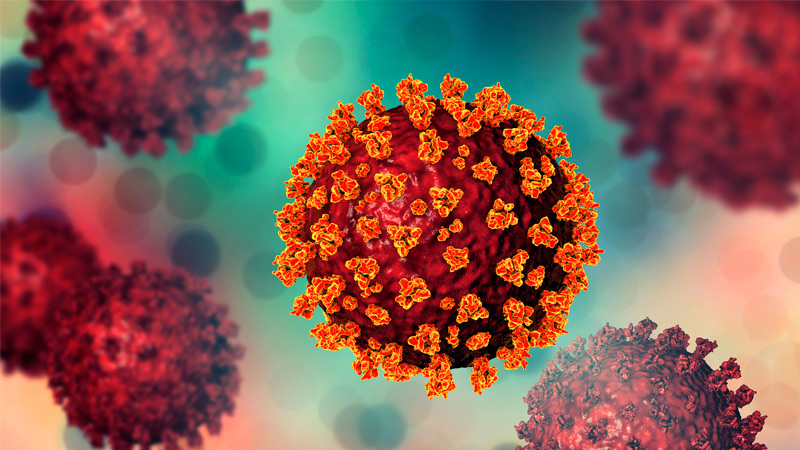 ‘I believe the Spike Protein is acting as a Progeria Drug – delivered via the Endothelium to all organs,’ explains researcher Walter M. Chesnut.

Spike proteins associated with the Covid-19 virus and mRNA vaccines could be causing accelerated degradation of cells in the human body, causing organs to biologically age more rapidly and bring on early death.

The frightening hypothesis was put forth by French researchers, who concluded spike proteins induced by Covid infections and mRNA jabs shorten DNA sequences known as telomeres, which protect the ends of chromosomes, thereby decreasing life expectancy.

In an August 2021 article published in French newspaper France Soir, the researchers highlighted a Chinese study showing spike proteins impaired endothelial function in guinea pigs, which was then replicated with human cells.

The French researchers logically went on to question whether spike proteins induced by mRNA jabs could have similar effects.

“If it is proven that SARS-CoV2 induces accelerated cellular aging, and that the responsible for this senescence is none other than the Spike protein, how can we be absolutely certain that the vaccines currently on the market, all based on Spike, do not also lead to the accelerated degradation of the cells of vaccinated persons?” the scientists asked.

The paper, co-authored by Nobel Prize laureate and virologist Luc Montagnier, delves into a rash of studies showing the effects of Covid infections on telomeres and how shorter telomeres are linked to the acceleration of cellular biological aging.

The article also explains how oxidative stress – which occurs in the body at inflammation sites – plays a role in telomere shortening, and how Covid-19 vaccines can induce oxidative stress, which in turn negatively affects DNA and RNA building blocks known as guanines.

Concluding the lengthy study, the researchers summed up their hypothesis by warning against mRNA vaccine treatments, writing:

“The question that can legitimately be asked is the following: isn’t the spike protein active in vaccines (Pfizer, Moderna, etc.) by soliciting/blocking the ACE2 receptor likely to inhibit the beneficial function of protecting telomeres and thus also activate aging?”

“…This virus causes an increase in the biological age in people who contract the disease, the effect of which is probably accentuated by the vaccine injection. With the drop in effectiveness on contamination, it is therefore essential to  prevent the aggravation of the disease and for this early management is imperative.”

“By letting the [Covid] disease progress beyond the first days and by using vaccines as the only solution, there is a risk that we will lead to a reduction in the lifespan of both adults and children.”

“Given the desire to vaccinate children who are not affected by SARS-CoV2,  the remedy should not be worse than the disease.”

One researcher who was published in the 2021 study, Walter M. Chesnut, has continued his research into what he’s dubbed “SPED” (Spike Protein Endothelial Disease), publishing his findings on Substack.

URGENT/BREAKING: UPDATED SUMMATION: The Spike Protein of SARS-CoV-2 is “Delivered” to All Organs via the Endothelium and Induces Systemic Nonsense mRNA Translations Resulting in Hyperaccelerated Aging
The Spike Protein, in Essence, Acts as a Progeria Drughttps://t.co/GoPnZkm4JJ pic.twitter.com/yTQNW9siik

In a recent report published Sunday, Chesnut reported his latest hypothesis: that “The Spike Protein of SARS-CoV-2 is ‘Delivered’ to All Organs via the Endothelium and Induces Systemic Nonsense mRNA Translations Resulting in Hyperaccelerated Aging.”

I believe that STAGE I of Spike Protein Progeria Syndrome (SPPS) is an Endothelial “reaction” to the INVASION of the Spike protein INTO ALL OF THE MAJOR ORGANS. Consider this much like the shock of being submerged in freezing water, or being blasted with fire. There is INSTANTANEOUS damage: inflammation, coagulation and all that accompanies an insult to the Endothelium.

However, once the Spike Protein has INVADED the Endothelium of all the major organs, it then PROCEEDS TO INDUCE MISTRANSLATION OF mRNA IN EACH ORGAN.

“Yet, what does this mean? It means, I believe, that STAGE II of SPPS [Spike Protein Progeria Syndrome] is the PREMATURE AGING of all organs via INDUCED MISTRANSLATIONS OF PROTEINS ESSENTIAL FOR THAT ORGAN’S FUNCTIONING,” Chesnut wrote. [Emphasis his]

Chesnut went on to point out how one study showed mice with error-prone protein synthesis, mistranslated RNA, showed characteristics of premature aging.

“The Wizard is indeed behind the curtain,” the researcher explained. “We are seeing a 26-year-old die. But that 26-year-old has the organs of a 96-year-old. No surprise in rapid cancers, neurodegeneration or sudden cardiac death – for a 96-year-old.”

“I believe the Spike Protein is acting as a Progeria Drug – delivered via the Endothelium to all organs,” Chesnut surmised.

“I don’t know, yet, what to do. I am deeply saddened, and numb. No matter what evidence or hypothesis is presented – the band plays on…”

“And it is playing a funeral march,” he concluded.

The alarming info could be one of the missing links behind the mysterious phenomenon of people dying suddenly and unexpectedly.

Dr. Michael Yeadon: We Have Been Lied To About Every Part of the COVID Pandemic

Former chief scientist & vice-president of the allergy & respiratory research division of Pfizer, Dr. Michael Yeadon, joined The Alex Jones Show to raise alarm over how the public was lied to on every aspect of the Covid pandemic:

“We’ve been lied to by government officials & corporate types about absolutely everything to deal with this so-called virus pandemic,” said Yeadon Tuesday. “The severity of the public health threats, the necessity to lockdown, asymptomatic transmission, the use of masks, mask testing, and finally, vaccines. Every single part of the narrative is a lie, scientifically proven.”

Yeadon goes on to detail his findings and stresses the importance of anyone listening to this interview to personally spread the word.

“They’re not frightened of me because they figure I won’t be heard. So please listen, what I ask is for you to memorize two or three of the powerful things I just told you & tell ten other people. The mass media is never going to tell them.”

Additionally, Yeadon said the globalists’ system of full-spectrum control is ready to enter its operation phase – and the key ingredients, digital ID and central bank digital currencies are about to be implemented.

“Digital ID is the heart of tyranny,” said Yeadon. ‘We are near the point where they’ll say: ‘If you don’t get your next jab, you won’t be allowed to buy gasoline, travel, or buy food.’ This system is ready to go.”

Also, check out our previous Dr. Yeadon video reports below:

(You can cancel at any time).
InDr. Michael Yeadon