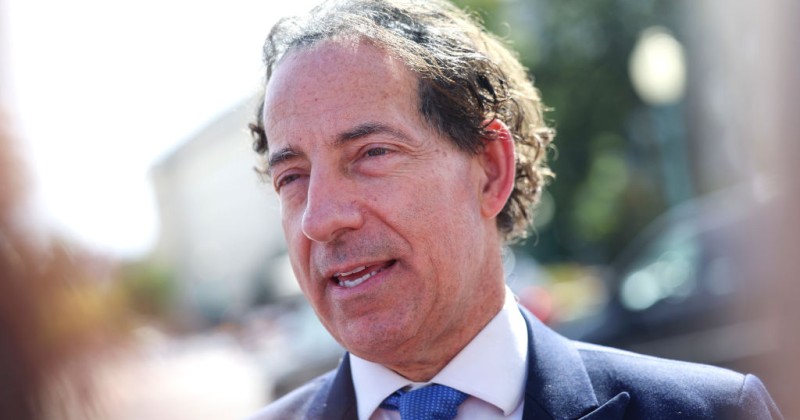 Democratic Congressman Jamie Raskin has issued a statement saying ongoing military aid to Ukraine is essential because Russia is mean to gay and transgender people.

Raskin released the statement after 30 “progressive” Democrats watered down their call for peace talks in a letter to Joe Biden.

“Moscow right now is … a world center of antifeminist, antigay, anti-trans hatred, as well as the homeland of replacement theory for export,” said the statement.

Calling Vladimir Putin an “imperialist” and a “colonizer,” Raskin went on to demonize the entire country.

“Moscow right now is a hub of corrupt tyranny, censorship, authoritarian repression, police violence, propaganda, government lies and disinformation, and planning for war crimes … In supporting Ukraine, we are opposing these fascist views, and supporting the urgent principles of democratic pluralism. Ukraine is not perfect, of course, but its society is organized on the radically different principles of democracy and freedom,” the statement said.

As we have previously highlighted, the bizarre intersection of sending advanced weaponry to foreign conflicts in the name of defending far-left identity politics reared its head right at the start of the war.

Back in February, the head of MI6, who includes his preferred pronouns in his Twitter bio, faced backlash for suggesting that a large part of the war in Ukraine was about “LGBT+ rights.”

“With the tragedy and destruction unfolding so distressingly in Ukraine, we should remember the values and hard won freedoms that distinguish us from Putin, none more than LGBT+ rights. So let’s resume our series of tweets to mark #LGBTHM2022,” tweeted Richard Moore (he/him).

One of the principal organizers of Dublin’s gay pride parade also decided to add the colors of Ukraine to the LGBTQ rainbow flag, presumably to ensure support for all ‘current things’ were covered.

Bypass the big tech censors by signing up to the Russia Truth newsletter and get regular anti-NWO, pro-Russia news and...