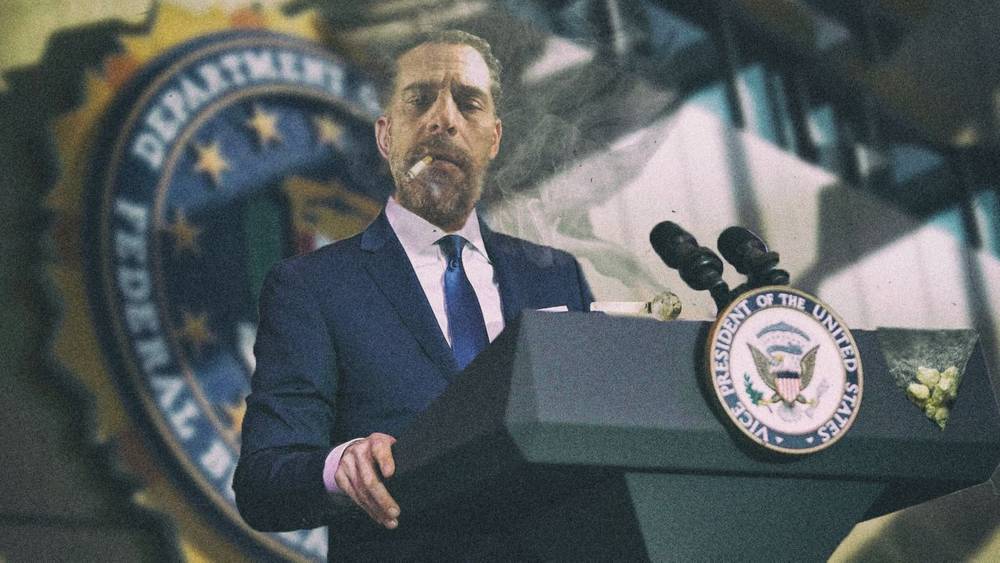 According to the propagandized hype, federal officials claim the investigation into Hunter Biden regarding various tax violations and/or foreign lobbying violations has reached a “critical stage”. But after the FBI sat on the laptop and have repeatedly meddled in the last three Presidential elections as lapdogs for the Democratic Party and the Clinton Foundation. The “critical stage” will merely take the form of the DOJ and the Fed’s propaganda rollout of the slap on the wrist Hunter Biden is likely to receive. If the Feds actually looked at the evidence from the laptop millions have seen already, Foreign lobbying violations could easily pinch Joe Biden and his brother James Biden.

So Senator Chuck Grassley wrote a damning letter to the FBI and the DOJ calling them out on their growing track record of flagrant abuse of power. It read like a letter to a hostile foreign country rather than to our own national security institution and the highest justice department in the land.

Grassley wrote “First, it’s been alleged that the FBI developed information in 2020 about Hunter Biden’s criminal financial and related activity. It is further alleged that in August 2020, FBI Supervisory Intelligence Analyst Brian Auten opened an assessment which was used by a FBI Headquarters (“FBI HQ”) team to improperly discredit negative Hunter Biden information as disinformation and caused investigative activity to cease. Based on allegations, verified and verifiable derogatory information on Hunter Biden was falsely labeled as disinformation…. the allegations provided to my office appear to indicate that there was a scheme in place among certain FBI officials to undermine derogatory information connected to Hunter Biden by falsely suggesting it was disinformation. Importantly, it’s been alleged to my office that Auten’s assessment was opened in August 2020, which is the same month that Senator Johnson and I received an unsolicited and unnecessary briefing from the FBI that purportedly related to our Biden investigation and a briefing for which the contents were later leaked in order paint the investigation in a false light.”

Jonathan Turley further spoke on the escape route already laid out for the Biden crime family.

Everyone knows that Hunter Biden will walk. The system is completely corrupt. In fact, Donald Trump’s Vegas odds of being indicted by Garland’s DOJ compared to Hunter Biden’s are laughable.

The lead investigator for the House Intelligence Committee’s 2018 probe into the FBI’s investigation of alleged Trump–Russia collusion, Kash Patel, said...

Ukrainian President/actor Volodymyr Zelensky told the Danish Parliament on Tuesday that the key to defeating Russia is Europe adopting “green...