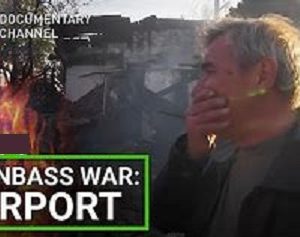 When the residents of Donbass refused to recognise the results of the Maidan in 2014, the new Ukrainian authorities reacted harshly. Constant shelling began. Yesterday’s miners, teachers, and locksmiths took up arms to protect their land. One of the symbols of the confrontation was the fighting for control over the Donetsk airport. After being occupied by the Ukrainian Armed Forces, it became a constant source of tension.

The film ‘Donbass War: Airport. Part 2’ is about the final stages of the fight for the Donetsk airport. In late 2014 and early 2015, the fighting entered a decisive phase.

In 2014, the residents of Donbass, who refused to accept the results of the Euromaidan, faced a harsh reaction from the Ukrainian authorities. Donetsk airport within the city became a stronghold that Kiev wanted to keep. The militia of Donbass was forced to prevent them. In response, the Ukrainian army opened fire on peaceful areas of the city.

The RT Documentary film crew talked to the residents of Donbass, who shared their memories of those times. They told how they had to hide from shelling, to lose loved ones in the war