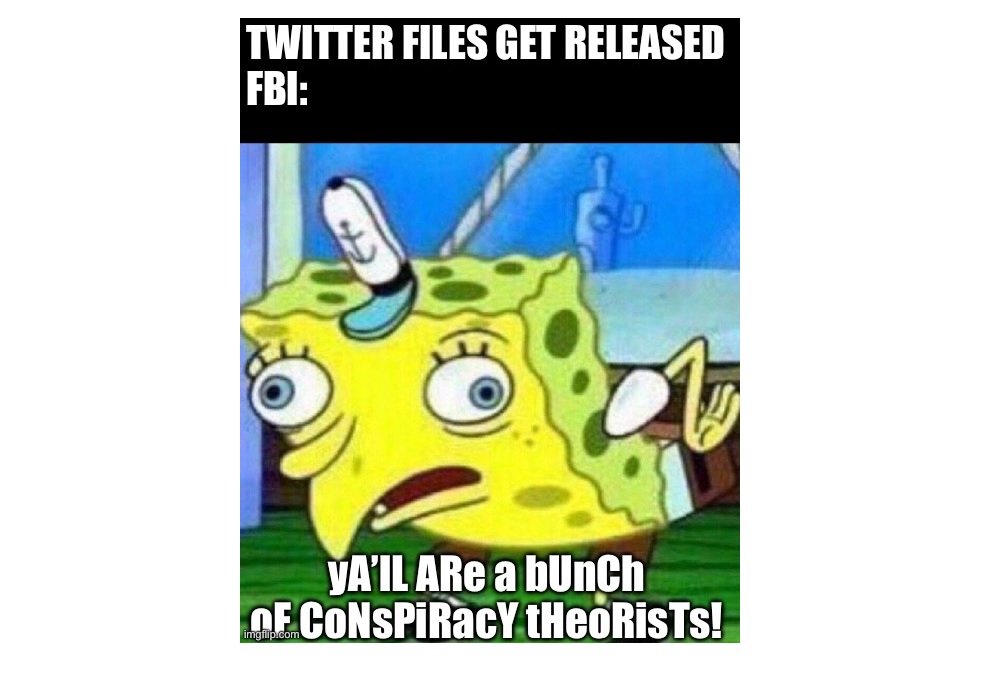 Instead of presenting any factual counter arguments to them having been exposed interfering in the 2020 election, and working secretly to stifle conservative voices with big tech, no, instead the @FBI resorts to crying "conspiracy theory" -pathetic & weak, only proves it true

The FBI has issued a statement in response to the Elon Musk’s release of THE TWITTER FILES, which boils down to ‘Of course we’ve embedded ourselves in social media companies, and anyone who has a problem with it is a conspiracy theorist trying to tarnish our stellar reputation.’

Twitter censored information about the Ukraine war as directed by US intelligence agencies https://t.co/DGuEjjvtas

Twitter censored information about the Ukraine war as directed by US intelligence agencies https://t.co/DGuEjjvtas

Darren: "It looks like this was a concerted influence operation conducted in order to tarnish and mass report the accounts that were mocking Zelensky's visit." pic.twitter.com/HyFFgYdEDP

Since the US started sending billions "to Ukraine" (meaning to Raytheon, Boeing and the CIA), this is the one question I – along with others – have been asking over and over and just can't get an answer to, the only question I think matters to all these debates: pic.twitter.com/UPBnkvYwif

Author and journalist Matt Taibbi released the fourteenth edition of the Twitter Files on Thursday, this thread focusing on the...

"This anti-American effort, and a very illegal effort at that, has been working to silence dissenting opinions on COVID and...