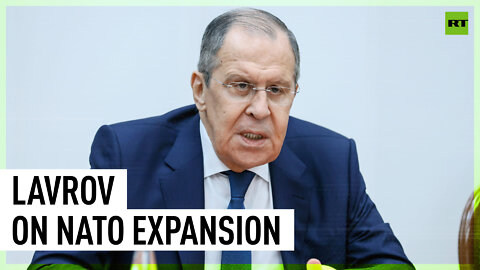 The U.S. expects other countries to obey their will. This was stated by Russian Foreign Minister Sergei Lavrov at a press conference following talks with his Belarusian counterpart Vladimir Makei, he was quoted by RIA Novosti.

“Modern Europe, represented by the European Union, is losing its independence or the signs of independence that it had, and is completely subordinate to the positions imposed by the United States,” the Russian minister added.

Lavrov said that Russia’s adequate response to Western pressure would be rapprochement with its allies.

An adequate response of Russia to the destructive line and pressure of the West will be further rapprochement with the allies. Moscow’s future response to the policy of Western states was called by Russian Foreign Minister Sergei Lavrov, TASS reports.

“I am convinced that an adequate response to the destructive line of the West can and should be the further expansion of cooperation with our closest allies and like-minded people, including both within the framework of the Union State and in the Collective Security Treaty Organization, the Eurasian Economic Union, the Commonwealth of Independent States,” the diplomat said.

Earlier, Lavrov said that the “Iron Curtain” is practically descending on the European continent, this process has already been launched. According to the Minister of Foreign Affairs, Russia at the moment is doing everything necessary not to depend on the West in critical areas.

Russia can resume dialogue with NATO and the European Union (EU) only on the conditions of equality and balance of interests of the parties. Such conditions for the restoration of relations were called by Russian Foreign Minister Sergei Lavrov at a press conference following a meeting with Belarusian Foreign Minister Vladimir Makei, lenta.ru correspondent reports.

At the same time, the Russian minister noted that Russia has never closed itself off and is not closing itself off from contacts with the EU, but from now on it will not believe either Europeans or Americans.

The Iron Curtain is practically descending on the European continent, this process has already been launched. Russian Foreign Minister Sergei Lavrov said this during a press conference in Minsk, the correspondent of Lenta.ru reports.

The Foreign Minister agreed with the statement of his Belarusian counterpart Vladimir Makei about the descending “Iron Curtain”. “Let them [the West] only behave cautiously so as not to pinch themselves,” he advised. Lavrov stressed that Russia, together with Belarus, stand for justice.

Earlier, Belarusian Foreign Minister Makei accused the West of creating a new “iron curtain”. According to the minister, its foundation has already been laid, and literally in the form of a wall that divides the Belovezhskaya Pushcha in the Brest region.

On June 29, the leaders of nato member countries adopted a new strategic concept, in which they officially recognized Russia as the greatest threat to the security of the North Atlantic Alliance. The document claims that Russia’s actions in the east and south of the alliance’s borders, as well as in the Far North, in the Baltic, Black and Mediterranean Seas, negatively affect the security of NATO members. Moreover, Russia was accused of cyber attacks and hybrid struggle with the alliance and its partners, as well as the modernization of nuclear weapons.