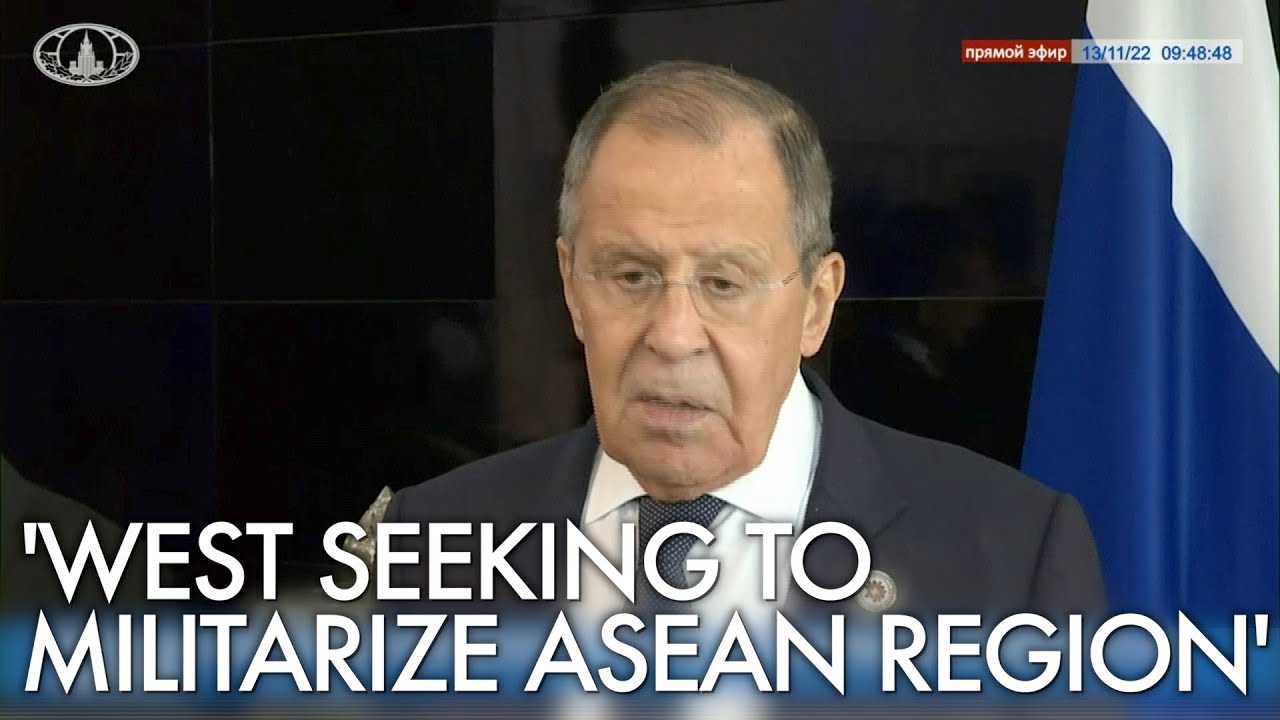 Russian Foreign Minister Sergey Lavrov on Sunday accused the West of trying to control and militarize the Asia-Pacific. Speaking to journalists as the summit wrapped up in Phnom Penh, Lavrov added that Russia and China “defend the need for respect in the future for the central role that ASEAN plays” in its own region. His remarks were echoed by Indonesian President Joko Widodo, who said that the ten-member bloc should not be a proxy for other powers and must resist allowing geopolitical pressures to create a new Cold War in Asia. Cambodia handed over the chair of ASEAN to Indonesia.

Global Times: We noted that at the recent China-ASEAN Summit, China and ASEAN countries jointly released the Joint Statement on the 20th Anniversary of the Declaration on the Conduct (DOC) of Parties in the South China Sea. We also noted that positive progress is being made in the consultation on the Code of Conduct (COC) for the South China Sea. Leaders of some ASEAN countries have also expressed expectations for that.

Mao Ning: On November 11, the 25th ASEAN-China Summit issued the Joint Statement on the 20th Anniversary of the Declaration on the Conduct (DOC) of Parties in the South China Sea. This is another important consensus document issued by China and ASEAN countries on the South China Sea and another important outcome in commemoration of the 20th of the Code of Conduct (COC) for the South China Sea. The statement recognized the benefits of having the South China Sea as a sea of peace, friendship, and cooperation; commended the DOC’s important contributions to upholding peace and stability in the South China Sea and promoting friendly cooperation between parties; committed to strengthened efforts towards the full and effective implementation of the DOC; reaffirmed disputes need to be resolved by peaceful means through consultations and negotiations by sovereign states directly concerned; stated that parties will undertake practical maritime cooperation initiatives, including in fields such as marine environmental protection, marine scientific research, safety of navigation and communication at sea, search and rescue operation and combating transnational crime; committed to the early adoption of a substantive and effective COC, in accordance with international law, including the 1982 UNCLOS.