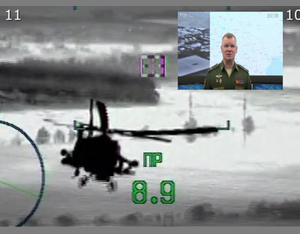 ✈️💥During the night, operational-tactical and army aviation have hit 93 assets, including 2 command posts, 69 areas of manpower and military equipment concentration, as well as 3 ammunition depots of the Ukrainian Armed Forces.


▫️The attacks have resulted in the elimination of more than 280 nationalists and up to 59 armoured and motor vehicles.

💥Russian air defence means have shot down 9 Ukrainian unmanned aerial vehicles: 4 near Balakleya in Kharkov Region, 3 near Rubezhnoe in Lugansk Region, 1 near Snake Island and 1 Bayraktar-TB2 near Arkhangelskoe in Nikolaev Region overnight.

Russian forces advance on to Slavyansk!