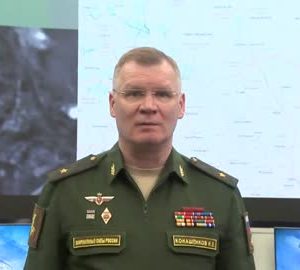 Briefing of the Ministry of Defense of the Russian Federation

💥High-precision air-based missiles of the Russian Aerospace Forces have hit 4 command posts, 34 areas of concentration of Ukrainian manpower and military equipment, as well as 2 ammunition depots near Novhorod-Siverskyi, Chernigov Region, during the day.

▫️The attacks have resulted in the elimination of more than 320 nationalists and up to 72 armoured and motor vehicles.

✈️💥Operational-tactical and army aviation of the Russian Aerospace Force have hit 120 areas of concentration of Ukrainian manpower and military equipment.

▫️1 Bayraktar-TB2 unmanned aerial vehicle has been shot down near Snake Island.


Russian tank in the Popasnaya area. This crew also took part in the storming of Mariupol