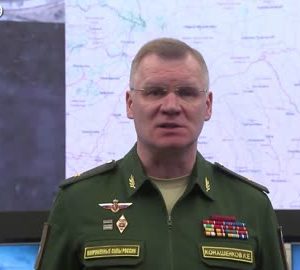 ▫️In the past 24 hours, 771 militants of the Azov nationalist unit have surrendered at the blockaded Azovstal plant in Mariupol. A total of 1,730 militants have surrendered since May 16, including 80 wounded. All those in need of inpatient treatment are treated in medical facilities in the Donetsk People’s Republic in Novoazovsk and Donetsk.

💥During the day, high-precision air-based missiles of the Russian Aerospace Forces have hit 7 command posts, including the command posts of the 24th AFU motorized infantry brigade in Nikolaevka and the 104th territorial defence brigade in Konstantinovka, as well as 11 missile and artillery weapons and ammunition depots near Bakhmut, Konstantinovka, Il’inka and Minkovka of the Donetsk People’s Republic and 26 areas of AFU manpower and military equipment concentration.

✈️💥Operational-tactical and army aviation have hit 2 command posts, as well as 58 areas of Ukrainian manpower and military equipment concentration.

▫️The attacks have resulted in the elimination of more than 340 nationalists and up to 62 armoured and motor vehicles.