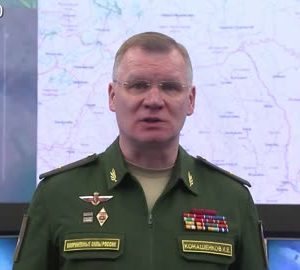 💥During the day, high-precision air-based missiles of the Russian Aerospace Forces have hit 4 command posts, 45 areas of manpower and military equipment concentration, as well as 7 ammunition and fuel depots near Bakhmut, Berestovoe, Soledar, Pokrovskoe, Konstantinovka and Maslyakovka of the Donetsk People’s Republic.

✈️💥Operational-tactical and army aviation have hit 3 strong points and 47 areas of concentration of AFU manpower and military equipment.

▫️The attacks have resulted in the elimination of more than 280 nationalists and up to 59 armoured and motor vehicles.