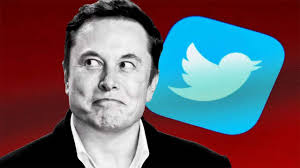 Fans of Star Trek: The Next Generation may recall the episode where extra-dimensional dickhead “Q” is stripped of his powers for spreading chaos throughout the universe.

Well, Elon Musk just did that to Twitter’s content moderation thought police with just weeks to go before midterms – cutting the number of employees who can access censorship tools from hundreds to around 15 people last week, and reducing their ability to influence discussion on the platform.

According to Bloomberg, Musk and his ‘war cabinet‘ have frozen some employee access to internal tools used for content moderation and the enforcement of other policies, neutering staff’s abilities to ‘alter or penalize accounts that break rules around misleading information, offensive posts and hate speech.’

All but the most ‘high-impact violations set for manual review’ will remain on the platform, according to people familiar with the matter.

Twitter staff use dashboards, known as agent tools, to carry out actions like banning or suspending an account that is deemed to have breached policy. Detection of policy breaches can either be flagged by other Twitter users or detected automatically, but taking action on them requires human input and access to the dashboard tools. Those tools have been suspended since last week, the people said.

This restriction is part of a broader plan to freeze Twitter’s software code to keep employees from pushing changes to the app during the transition to new ownership. Typically this level of access is given to a group of people numbering in the hundreds, and that was initially reduced to about 15 people last week, according to two of the people, who asked not to be named discussing internal decisions. Musk completed his $44 billion deal to take the company private on Oct. 27. -Bloomberg

On Sunday,Twitter employees had limited access to the internal tools to police Brazil’s presidential election.

The restricted ability to restrict free speech has given Twitter’s Trust and Safety Team the vapors – with employees worried that the company will be short-handed during the runup to the Nov. 8 midterm election. Recall the Trust and Safety Team was headed by now-fired Vijaya Gadde – who would have had a large role (perhaps even the final decision) to ban ZeroHedge in February, 2020 for suggesting that Covid-19 was the result of a lab leak (and that we ‘doxxed’ a Wuhan lab employee using publicly available data – aka not doxxing).

Internally, employees say, Musk has raised questions about a number of the policies, and has zeroed in on a few specific rules that he wants the team to review. The first is Twitter’s general misinformation policy, which penalizes posts that include falsehoods about topics like election outcomes and Covid-19. Musk wants the policy to be more specific, according to people familiar with the matter.

Musk has also asked the team to review Twitter’s hateful conduct policy, according to the people, specifically a section that says users can be penalized for “targeted misgendering or deadnaming of transgender individuals.” -Bloomberg

On Monday, Yoel Roth, Twitter’s head of safety and integrity, tweeted on Monday that the company was addressing an increase in offensive posts.

“Since Saturday, we’ve been focused on addressing the surge in hateful conduct on Twitter. We’ve made measurable progress, removing more than 1500 accounts and reducing impressions on this content to nearly zero,” he wrote, adding “We’re primarily dealing with a focused, short-term trolling campaign.”

Elon Musk offered to buy Twitter for $44 billion in April. After a protracted legal fight, which included Musk trying...