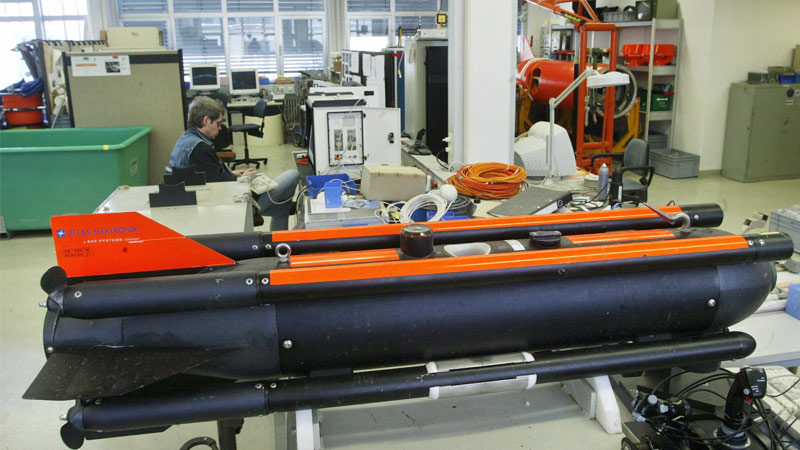 The US-led NATO alliance has been very active in waters around Nord Stream and once even managed to “lose” an armed underwater drone right under the pipeline, a Gazprom spokesman has said.

“On November 6, 2015, a NATO underwater mine destroyer ‘Seafox’ was discovered during a scheduled visual inspection of the Nord Stream gas pipeline,” Sergey Kupriyanov told Rossiya 24 on Monday.

The device was found resting on the seabed at a depth of 40m between the Nord Stream pipelines, almost directly under one of them, Kupriyanov said. The incident, which received limited media coverage at the time, prompted a brief halt in gas deliveries, while the drone was ultimately recovered by the Swedish military.

Back then, the US-led bloc said it had “lost” the device during military drills, the spokesman claimed. The German-made drone carries a 1.4kg shaped-charge warhead, which is intended for destroying sunken unexploded munitions and mines, according to publicly available data.

“That’s NATO drills for you, when a military-grade explosive device ends up straight under our pipeline,” Kupriyanov concluded.

The remarks come in the aftermath of the apparent sabotage attacks on the Nord Stream pipeline system. The Nord Stream 1 and 2 pipelines both abruptly lost pressure on September 26, following a series of powerful underwater explosions off the Danish island of Bornholm. The ruptures caused massive gas leaks into the open sea and rendered the pipelines inoperable.

While Moscow has called for an international – with its own participation – probe into the incident, other parties appear to be reluctant to carry out such an investigation. Sweden, for instance, has already explicitly stated it will not share the results of its investigation into the explosion with Moscow.

“In Sweden, our preliminary investigations are confidential, and that, of course, also applies in this case,” Swedish Prime Minister Magdalena Andersson told reporters on Monday.

Russian President Vladimir Putin has already blamed the “the Anglo-Saxons,” a Russian colloquialism for the US-UK alliance, of being behind the blasts, which Moscow described as an “act of international terrorism.” Speaking during a meeting of the Russian Security Council on Monday, Putin said that “we all know well who the ultimate beneficiary of this crime is.”