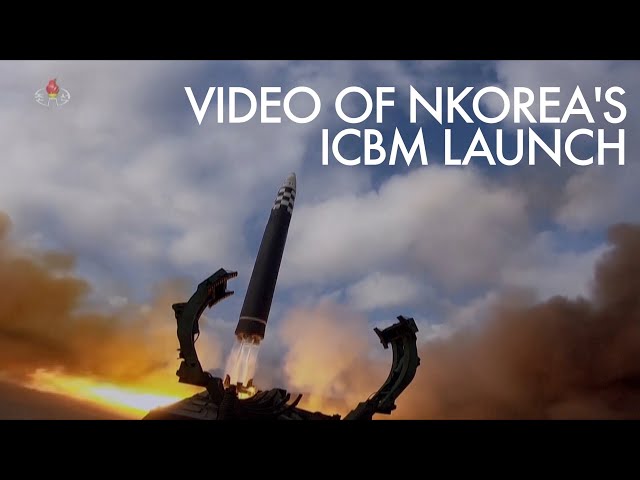 The North tested the Hwasong-17 ICBM on Friday (November 18), a day after warning of “fiercer military responses” to Washington beefing up its regional security presence including nuclear assets.

The launch of Hwasong-17 launch was demonstrated in a video overlaid with dramatic music and video effects, including launch preparation and moments of missile launched followed by a soldier screaming ‘launch’ while pressing a red button. The KRT report also showed Kim oversaw the launch with his wife and daughter, but the state television stop short of publishing the video of the Kim’s family.

The missile flew nearly 1,000 km (621 miles) for about 69 minutes and reached a maximum altitude of 6,041 km, KCNA said. Japanese Defence Minister Yasukazu Hamada said the weapon could travel as far as 15,000 km (9,320 miles), enough to reach the continental United States.

US B-1B bombers conducted joint aerial drills Saturday with other South Korean and US warplanes in response to a North Korean missile launch, according to South Korea’s Joint Chiefs of Staff. It said the drills demonstrated an “iron-clad” US security commitment to South Korea and the allies’ combined defense posture.