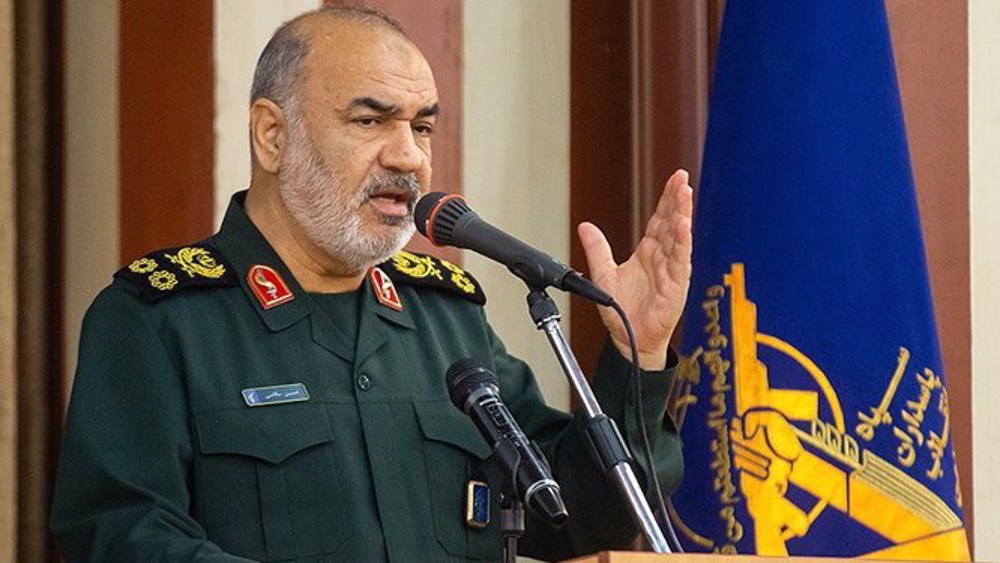 The chief commander of the Islamic Revolution Guards Corps (IRGC) says the recent foreign-backed riots in Iran were a “world war,” but Iranian youths dealt a mortal blow to Western-hatched plots to destabilize the country.

“In a sedition and world war, our enemies, in the past few months, wanted to close schools, universities and economic centers and create chaos in the country, but Iran’s youths, women and girls did not go along with them and defeated their schemes,” Major General Hossein Salami said on Monday, referring to the nationwide riots that erupted in Iran in mid-September last year.

He noted that those who echo Western calls for more riots in Iran seek to “ruin the country and hamper its progress.”

Salami also noted that arrogant powers seek to destabilize regional countries, referring to Western plots hatched against some Muslim countries such as Iraq, Syria, Yemen and Afghanistan that destroyed those countries.

“The upshot of the presence of arrogant powers in the region is poverty, hunger, displacement … In Yemen, Afghanistan, Syria, Iraq, and Palestine, we see the impacts of the enemies’ presence in Muslim countries.”

Highlighting the failure of the enemies to defeat the “powerful” Islamic Republic, the IRGC chief said “the war is still raging, and the enemy is not calm, but we will calm him down and defeat him.”

He said Iranian warriors are fully ready to sacrifice their lives for the sake of the country, adding, “They are not afraid of the enemy and are ready to defeat the enemy in various fields.”

Riots broke out in Iran after the death of Mahsa Amini. The 22-year-old fainted at a police station in Tehran on September 13 last year and was pronounced dead three days later in hospital.

An official report by Iran’s Legal Medicine Organization concluded that Amini’s death was caused by illness rather than alleged blows to the head or other vital body organs.

The European Union and some western countries have imposed sanctions on Iran over its approach toward the recent riots.

(You can cancel at any time).
InHossein Salam, Iran, IRGC, Press TV