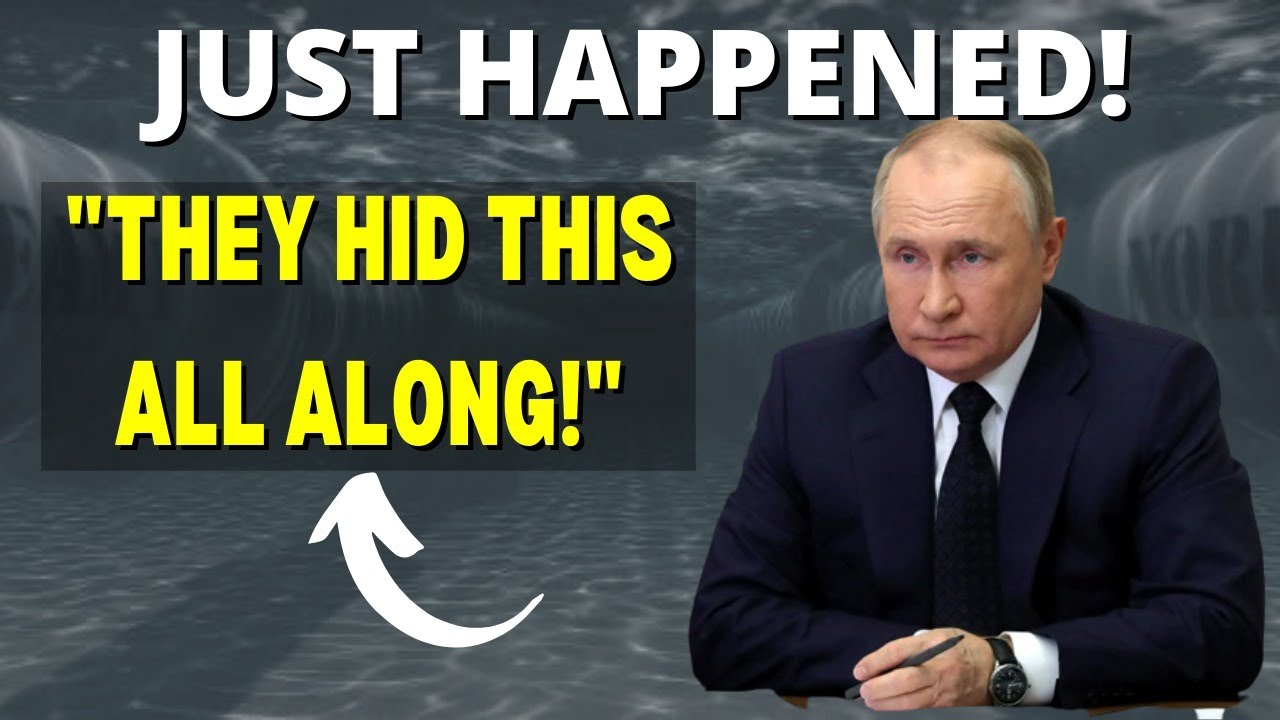 Russia has accused Sweden of having “something to hide” after explosions damaged the Nord Stream gas pipelines last year.

The Russian government also criticized Stockholm for being uncooperative with the ongoing bombing probes. It’s Sweden and Denmark that are looking into four leaks in the Nord Stream 1 and 2 pipelines.

And these pipelines have been a major subject of contention in the conflict in Ukraine because of how they connect Russia and Germany across the Baltic Sea. In addition, Sweden’s refusal to cooperate with Russian investigators has been called “confusing” by Foreign Ministry spokesperson Maria Zakharova.

She added that Moscow has the right to know how the investigation into the blasts from September last year was progressing.

The Russian government proposed to Sweden to launch a joint investigation into the blasts that damaged several Nord Stream 1 and 2 gas pipelines.

However, both Sweden and Denmark rejected the proposal for any Russian involvement on the investigation.

Russian Foreign Ministry Spokeswoman Maria Zakharova suggested that there may be a reason for this rejection during a press conference in Moscow.

She stated that it is possible that Russian investigators conducting an objective investigation could reach an “inconvenient conclusion” regarding the responsibility for the act of sabotage.

Zakharova also suggested that the Swedish authorities may be “hiding” facts about the investigation and implied that they have something to hide.

Swedish and European investigators have concluded that the assaults were premeditated. But they haven’t revealed their suspicions on who was to blame.

Moreover, Sweden claims that explosive residue was discovered near the Nord Stream pipes.

Explosives were discovered by investigators near the damaged Nord Stream pipelines. And a Swedish prosecutor stated this proved there was extensive sabotage.

Denmark announced that initial findings indicated that massive explosions were to blame for the leaks earlier this month.

And the Swedish Prosecution Authority has stated that a recent examination indicates some of the seized articles contain signs of explosives.

In addition, they emphasized the depth and complexity of the inquiry. And the investigation now underway will tell us if any culprits can be identified.

Danish and Swedish seismologists have previously reported feeling earthquakes around the leaks. Also, the signals did not have any obvious resemblance to earthquakes.

And the week after the ruptures on September 26, gas from the seafloor pipes escaped and bubbled to the surface. This prompted public safety alerts and concerns about potential damage to the environment.

Additionally, the Swedish newspaper Expressen stated that a portion of Nord Stream 1 spanning at least 50 meters is missing.

They made this claim after shooting what were reportedly the first photographs of the destruction to be made public.

Meanwhile, Moscow has accused Western counties for the sabotage and the explosions but has offered no proof.

The pipeline from Russia to Germany, known as Nord Stream 2, was finished in September 2021.

However, certification was halted in Berlin days before Moscow’s February invasion of Ukraine, so it was never put into service.

Furthermore, the Russian government claims the European Union is not conducting a fair inquiry into the explosions.

He said that no one in the European Union was conducting an impartial investigation following the explosions on the Nord Stream. And according to him, this is why Russia halted gas shipments over the northern routes.

The Russian military ministry also claimed that the pipes were destroyed by British naval forces. But London has stated that this accusation is untrue and is meant to divert attention away from Russian military failures in Ukraine.

In addition, the Washington Post said that diplomatic and intelligence officials claimed there was no clear proof that Russia was behind the strikes.

And it was reported that some sources now fear it may be hard to determine who was responsible.

(You can cancel at any time).
InNord Stream 2