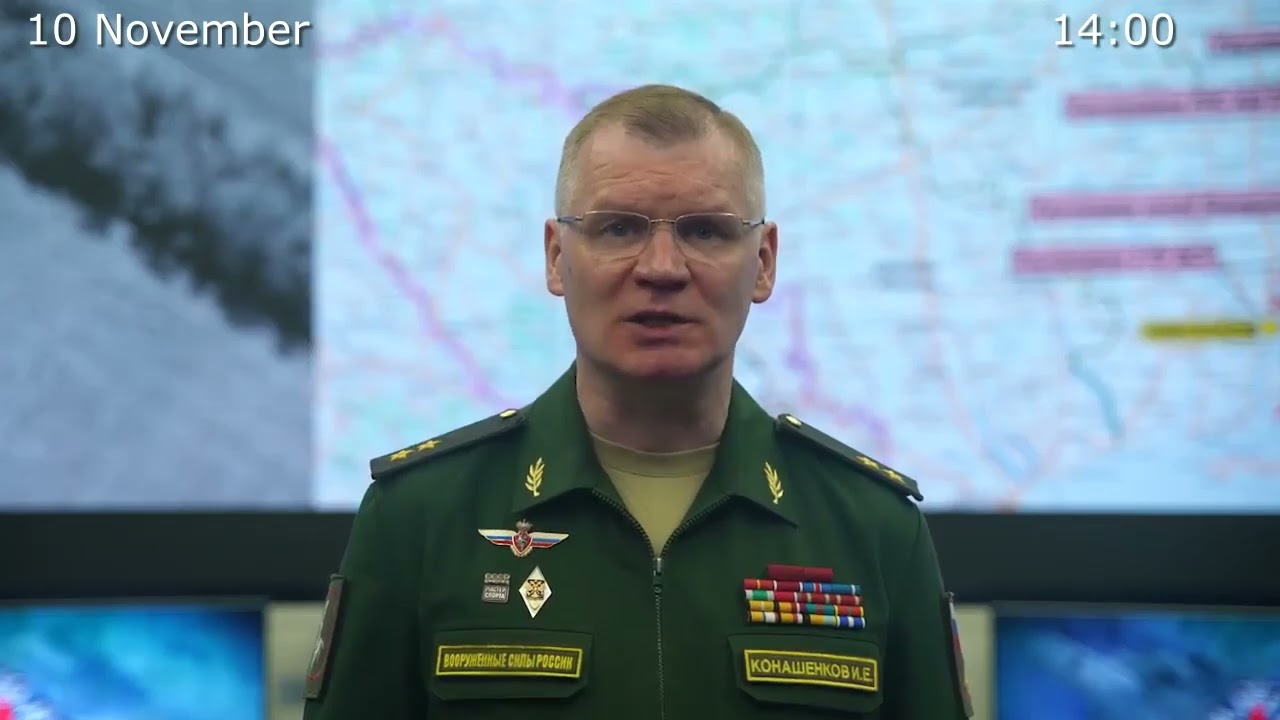 ◽️ The Armed Forces of the Russian Federation continue the special military operation.

◽️ In Nikolayev-Krivoy Rog direction, the manoeuvre of Russian troops to the prepared positions on the left bank of the Dnepr River is under way, in strict accordance with the approved plan.

💥In Kupyansk direction, the enemy with up to two companies reinforced by nationalists and foreign mercenaries made unsuccessful attempts to attack units of Russian troops in direction of Kuzyomovka (Lugansk People’s Republic). Through the active action of our troops and artillery fire, the enemy units were stopped and dispersed on the far approaches to the defence line. Over 90 Ukrainian personnel, one tank, and four armoured fighting vehicles have been eliminated.

💥In Krasny Liman direction, Russian troops thwarted an attempt by two reinforced platoons of the AFU to attack Stelmakhovka and Ploshchanka (Lugansk People’s Republic). As a result of the shelling, the enemy’s losses were 70 Ukrainian servicemen killed and wounded, one infantry fighting vehicle, and three pickup trucks.

💥In South Donetsk direction, a counterattack by AFU units has been repulsed near Nikolskoye (Donetsk People’s Republic). Russian artillery and army aviation destroyed up to 55 fighters, one tank, and two armoured fighting vehicles.

💥Operational-Tactical and Army Aviation, Missile Troops and Artillery has hit two command posts of the AFU and foreign mercenaries near Nikolayev and Sukhoi Stavok (Kherson region), as well as 46 artillery units in firing positions, manpower and military equipment in 153 areas.

💥A Su-25 aircraft of the AFU has been shot down by Russian Aerospace Forces fighter aircraft near Malomikhailovskoye (Nikolayev region). A Ukrainian Mi-8 helicopter has been neutralised near Rizdvyanka (Zaporozhye region).