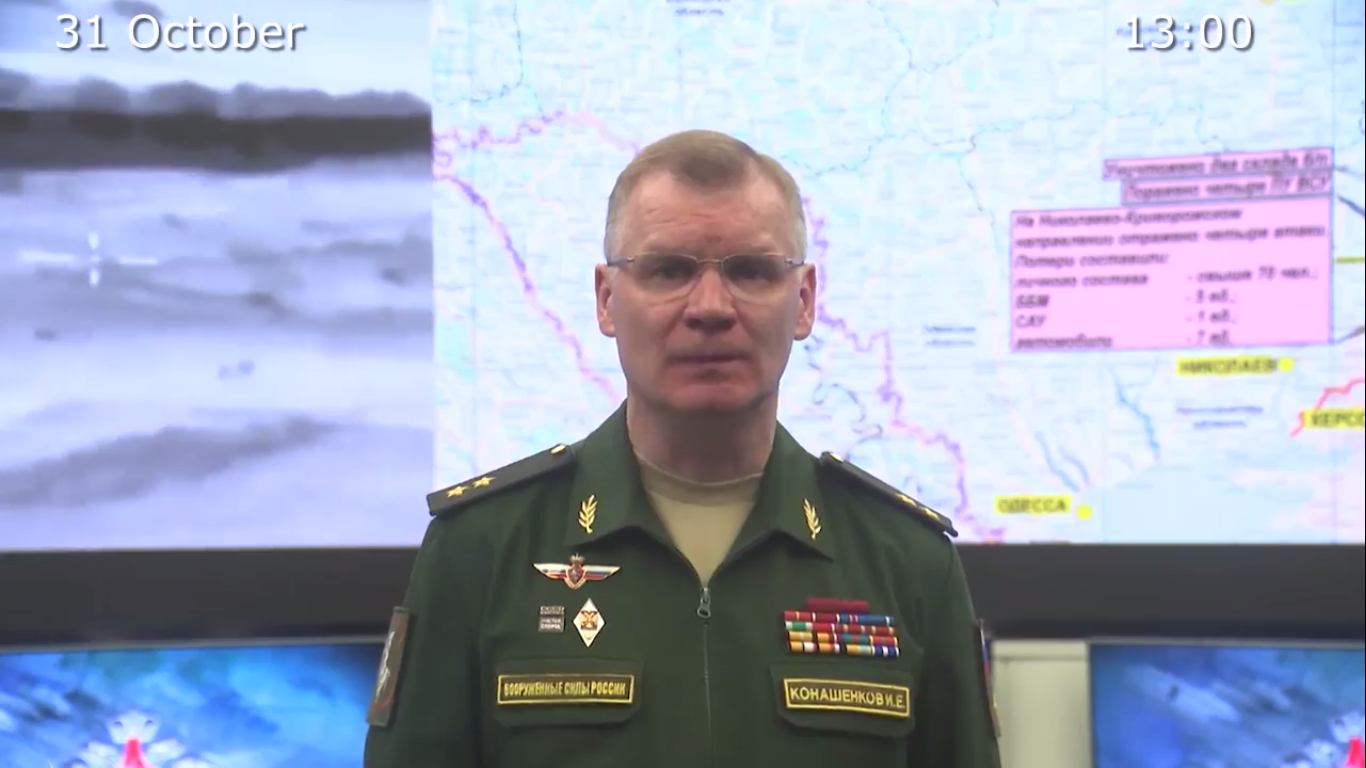 The Armed Forces of the Russian Federation have continued launching strikes by high-precision long-range air- and sea-based armament at the military control and energy systems of Ukraine.

◽️ The goals of the attacks have been reached. All the assigned targets have been neutralised.

◽️ All the attacks have been repelled.

◽️ The enemy has been driven back to initial positions by fire and decisive action of Russian troops.

◽️ Moreover, 4 projectiles launched by HIMARS and Olkha MLRS, as well as 7 HARM anti-radiation missiles have been intercepted near Novaya Kakhovka and Antonovka (Kherson region).