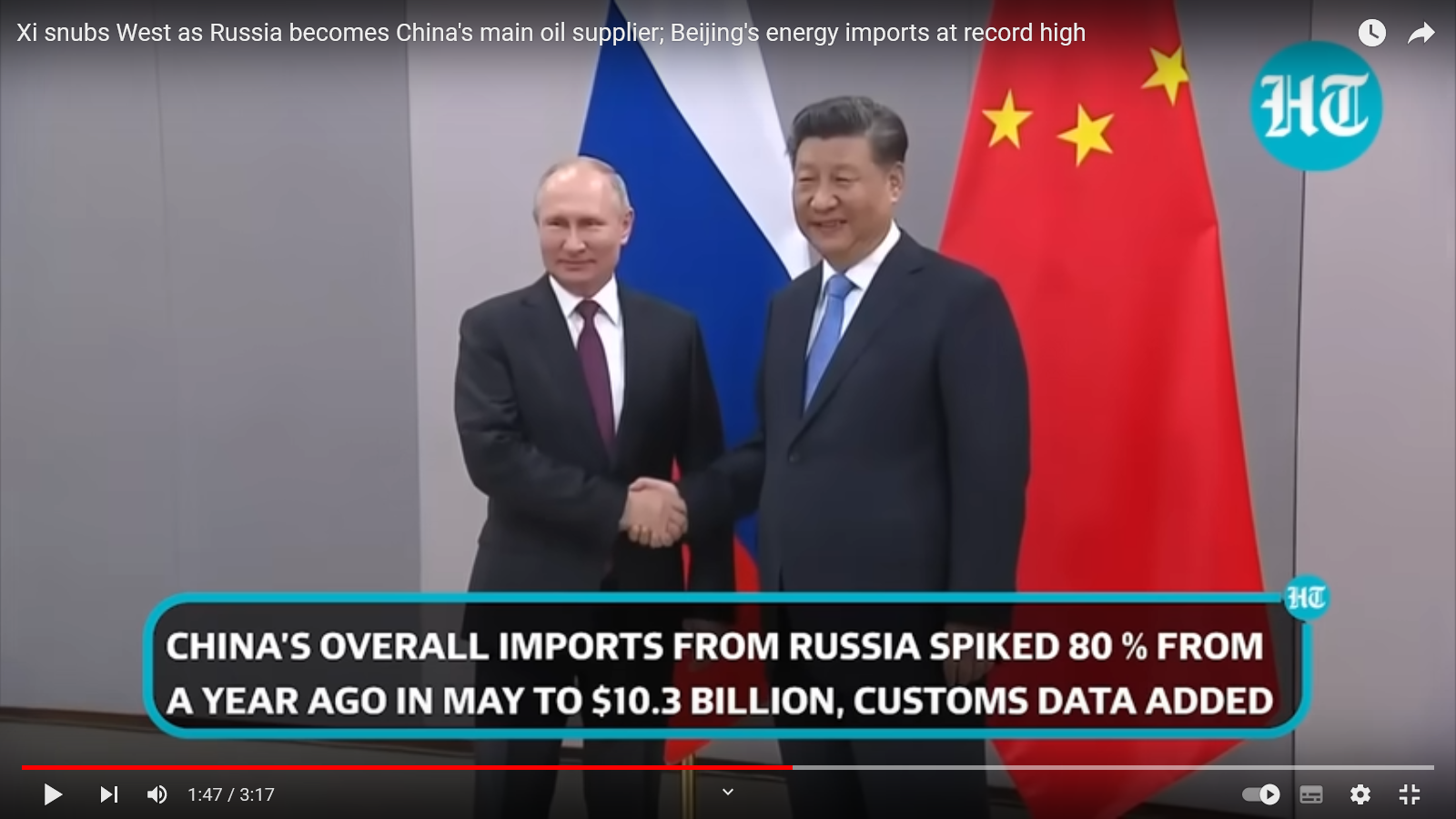 China imported a record volume of Russian crude in May, with arrivals surging by 55 percent to nearly 2 million barrels per day (bpd). This has made Russia the top oil supplier to the world’s leading crude importer—putting it ahead of Saudi Arabia for the first time in a year and a half.   A record volume of cheap Russian oil, which sells at steep discounts to crude from other countries, made its way to Chinese refiners last month, according to figures from China’s General Administration of Customs cited by Reuters.

The high purchases of Russian oil outstripped supply from Saudi Arabia, Russia’s partner in the OPEC+ deal. Chinese imports of Saudi crude averaged 1.84 million bpd in May, up by 9 percent compared to May 2021, but down from 2.17 million bpd imported in April, according to the data cited by Reuters.

Thanks to the increased shipments of cheap crude to China, Russia became the top supplier to the world’s biggest oil importer for the first time in 19 months, per Reuters estimates.

Related: Gazprom Neft CEO: Russia Already Exports Half Of Its Oil To Asia

Russia has been increasingly selling its crude to China and India after Western buyers shun Russian oil and the EU—Russia’s top oil customer before the war in Ukraine—prepares to launch a phased-out embargo on seaborne imports from Russia by the end of the year.

Russia is also estimated to have overtaken Saudi Arabia to become India’s second-largest supplier of crude oil in May. The average daily rate of Russian oil exports to India stood at 819,000 barrels last month, compared with 277,000 bpd in April.

Half of Russia’s crude is headed east to Asia. This compares to 75 percent of Russia’s oil exports which were being shipped to Europe earlier this year, Alexander Dyukov, chief executive of Gazprom Neft, said last week.

Still, analysts doubt that the Asian market can absorb all 4 million bpd of oil that Russia was sending to Europe before the Russian invasion of Ukraine.