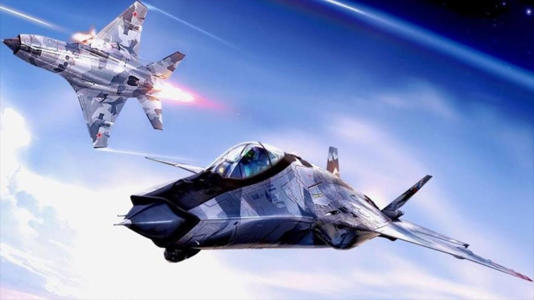 The Russian air force wants to replace the MiG-31 Foxhound by the early 2030s.

The aircraft will be created for interception missions at low temperatures, such as in the Arctic and at altitudes close to near space. For near-space missions, the fighter jet will have an engine capable of operating in the absence of atmosphere.

The fully equipped MiG-41 will be capable of flying at hypersonic speeds (up to 5,500 km/h) with a range of up to 1,500 kilometers and at altitudes of up to 100 kilometers.

The MiG-41 will use new stealth technologies, since the existing radar absorbing materials used for the Su-57 fifth-generation fighter are designed only for supersonic missions.

The new Russian fighter jet will carry all modern types of missiles, such as the anti-ship Zircon and the multi-purpose Kinzhal missiles. In addition, the aircraft will have the world’s most powerful R-37 air-to-air missile, capable of striking targets at a distance of up to 300 kilometers. In the future, it will be replaced by the KS-172 designed for 400 kilometers.

First flight of the MiG-41 could happen in 2025, if the designers and engineers at Mikoyan OKB have the resources.

The MiG-41 program will likely only be able to conjure up a technology demonstrator in the coming years. The MiG-41 specs are that ambitious. Start with the advertised MACH 4 to MACH 5 speed. This will create a substantial amount of heat from air friction that would burn up the stealth coating. Canopy design would be difficult in that environment. The airplane would have to launch hypersonic weapons like the Kinzhal, which could be possible.

Russia may lean toward designing the MiG-41 like the SR-72 Darkstar Son of Blackbird to safely fly at those mega-speeds.

The MiG-41 would thus have a high ceiling, high enough to fire anti-satellite missiles. It could be powered by a ramjet or turboramjet engine which would allow for the plus-MACH 4 speeds similar to what powers some hypersonic weapons. At that velocity, it could perhaps shoot down enemy hypersonic missiles, which would be an interesting capability. But MACH 4 would also require a substantial amount of fuel which would make the airplane heavier and less maneuverable.

Aerial refueling would affect the stealth attributes of the MiG-41.

The heat from high speed flight would likely create damage to the airplane and that would require significant amounts of maintenance and increase the cost of each flight hour. Could the MiG-41 someday deliver the stealth, long-endurance, and armaments flying at MACH 4?

This is the biggest question for the MiG-41. Perhaps engineers and designers use the MiG-31 airframe as a point of departure for design. This could speed up the timeline for development.