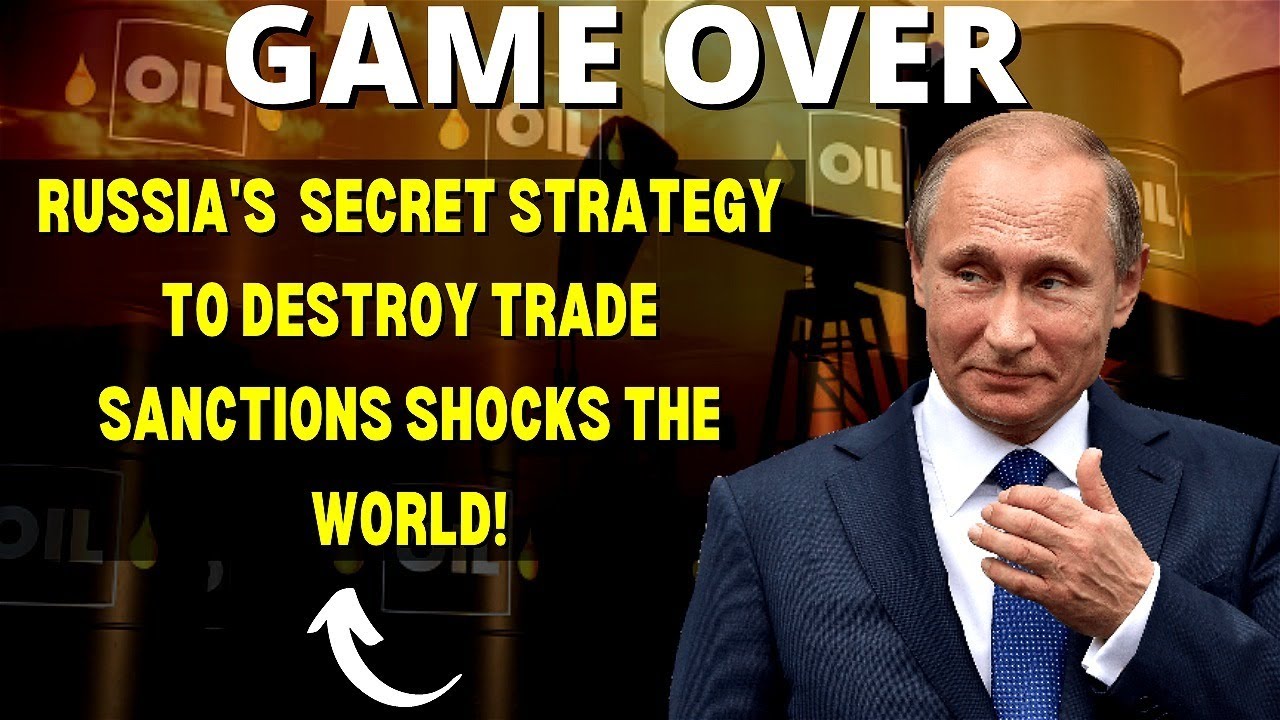 The invasion of Ukraine by Russia has resulted in several sanctions being imposed on Russia by various countries, including the US and the European Union.

Meanwhile, a tendency of “self-sanctioning” has led several international enterprises to voluntarily exit the Russian market. And now, Russia is doing its best to counter these sanctions by creating new alliances with other countries, which is what we’re going to be talking about in this video!

Bypass the big tech censorship
Get uncensored news and updates, please subscribe to our FREE newsletter!

There will soon be a new transcontinental trade route connecting the east coast of Europe with the Indian Ocean, thanks to joint efforts between Russia and Iran. It is a route that is 1,860 miles long and is out of reach for any kind of international intervention.

Both nations are investing massive sums in improving the efficiency of transporting goods over the Caspian Sea’s waterways and rail lines network.

And Bloomberg’s analysis of ship-tracking data shows that hundreds of Russian and Iranian boats, including those sanctioned, are already traveling the route.

It illustrates how the rivalry between major powers is fast-changing trade networks in a global economy destined to split into competing blocs.

You see, sanctions have put enormous pressure on Russia and Iran. So, they’re angling themselves toward one another while also gazing eastward.

The plan is to fortify existing trade ties with Asia’s large and rapidly expanding economies while fortifying future ones against Western intervention.

New routes through Iran will save thousands of miles.

According to Maria Shagina, a specialist in sanctions and Russian foreign policy at the International Institute for Strategic Studies in London, this is all about creating supply networks that can withstand the effects of sanctions in their entirety.

Russia and Iran could shorten their current trading routes by thousands of miles if the proposed trade corridor were to be built.

The Crimean Peninsula, located on Ukraine’s southeastern coast, forms a southeastern corner of the country and is bounded to the north by the Sea of Azov. This includes the mouth of the River Don and the Russian-occupied port of Mariupol.

Russia’s President Vladimir Putin boasted earlier this month that the Sea of Azov “had become an inland sea” for his nation as a result of Russian victories in the conflict in Ukraine.

This means you may get to Iranian ports on the Caspian Sea and the Indian Ocean by a network of rivers, seas, and railroads.

Putin has also emphasized the significance of that section of the route.

In September, he spoke at an economic symposium where he emphasized the importance of improving the transportation networks along the route.

He said it would open up new business avenues for Russian firms in Iran, India, the Middle East, and Africa. Plus, it’ll make it easier to get supplies from those nations.

According to Shagina, the interior commerce route has received as much as $25 billion in investments from Russia and Iran. And this would aid in transporting items the West is attempting to stop.

She explained that the two nations are essentially engaged in a game of cat and mouse. And they’ll use every means possible to sneak illegal substances and weapons into the country.

Now, the United States and its allies are concerned because they believe the Kremlin uses Iranian drones and other military equipment to bolster its fight in Ukraine.

James O’Brien, the chief sanctions official in the Biden administration, has stated that the United States is focusing more broadly on that route and the Iranian-Russian relationship.

And he said that the United States is worried about anyone trying to aid Russia in breaking the sanctions.

Biden administration Iran ambassador Robert Malley has prioritized scrutinizing any new trade corridor. And its purpose is to halt the flow of weapons between the two nations.

He said that was a careless and destructive choice. And it’s crucial to shine a light on it, demonstrating that they have nowhere to hide.

Now, the new transit route has substantial economic benefits beyond any possible arms exchange between the countries.

Energy and agricultural goods have long been transferred between ships navigating the Don and Volga rivers.

Furthermore, Iran now imports around 3 percent of all Russian grain, but this percentage is expected to grow.

(You can cancel at any time).
InSanctions, Tech Revolution