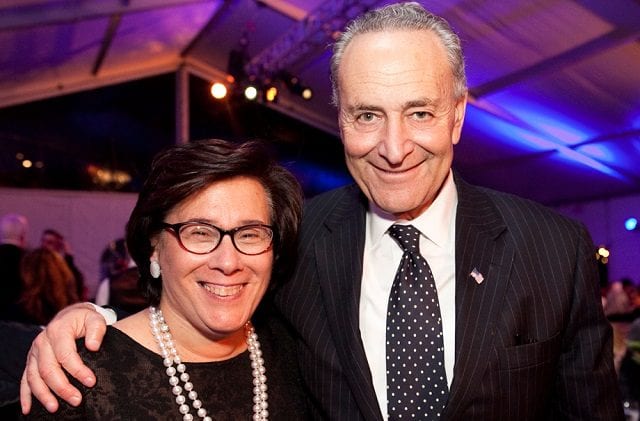 The Senate majority leader pushed through a funding bill that now supports a structure under which U.S. citizens and politicians — including a challenger for his own seat — are being targeted as “information terrorists.”

In May, Rand Paul, the junior senator from Kentucky, held up a vote on a bill which sought to approve some $40 billion in aid for Ukraine. Paul wanted language inserted into the bill, without a vote, that would have an inspector general scrutinize the new spending.

“This would be the inspector general that’s been overseeing the waste in Afghanistan,” Paul said, “and has done a great job.”

While senators on both sides of the aisle bristled at Paul’s delay tactics, Christopher Tremoglie, a commentary fellow for The Washington Examiner, questioned the fact that

“[w]hile much attention has been placed on Paul holding up the aid legislation, the more important issue is why are so many senators against ensuring that billions of taxpayer dollars aren’t being misused?”

One of the senators who took umbrage over Paul’s actions was the senate majority leader, Chuck Schumer. Speaking from the floor of the Senate chamber, the senior senator from New York declared that “it is repugnant that one member of the other side, the junior senator from Kentucky, chose to make a show and obstruct Ukraine funding.”

What Schumer didn’t say was that an inspector general, mandated to oversee how U.S. taxpayer money authorized under the bill in question (the Additional Supplemental Appropriations Act of 2022, which became Public Law 117-128 on May 21), would have exposed the role that U.S. funds played to exact political revenge on the man who tried to inject a modicum of accountability into how monies appropriated by Congress are spent, namely Rand Paul.

Some three weeks after Schumer helped push the bill into law, on July 14, Andriy Shapovalov, a Ukrainian civil servant whose salary was paid for by U.S. taxpayer monies, convened a “round table” in Kiev on “countering disinformation.”

Shapovalov, in his role as the acting head of Ukraine’s Center for Countering Disinformation, published a list of the names of 72 people whom he accused of deliberately spreading disinformation about Ukraine. Shapovalov labelled them “information terrorists,” adding that Ukraine was preparing legislation so that such people can be prosecuted as “war criminals.”

The “round table” was organized by the U.S. Civil Research and Development Fund (CRDF Global Ukraine), an ostensible nonprofit organization authorized by U.S. Congress to promote “international scientific and technical collaboration.” It is supported by the U.S. State Department, some of whose officials sat in attendance.

One of the people singled out by Shapovalov as an “information terrorist” targeted for criminal prosecution as a “war criminal” was none other than Rand Paul. 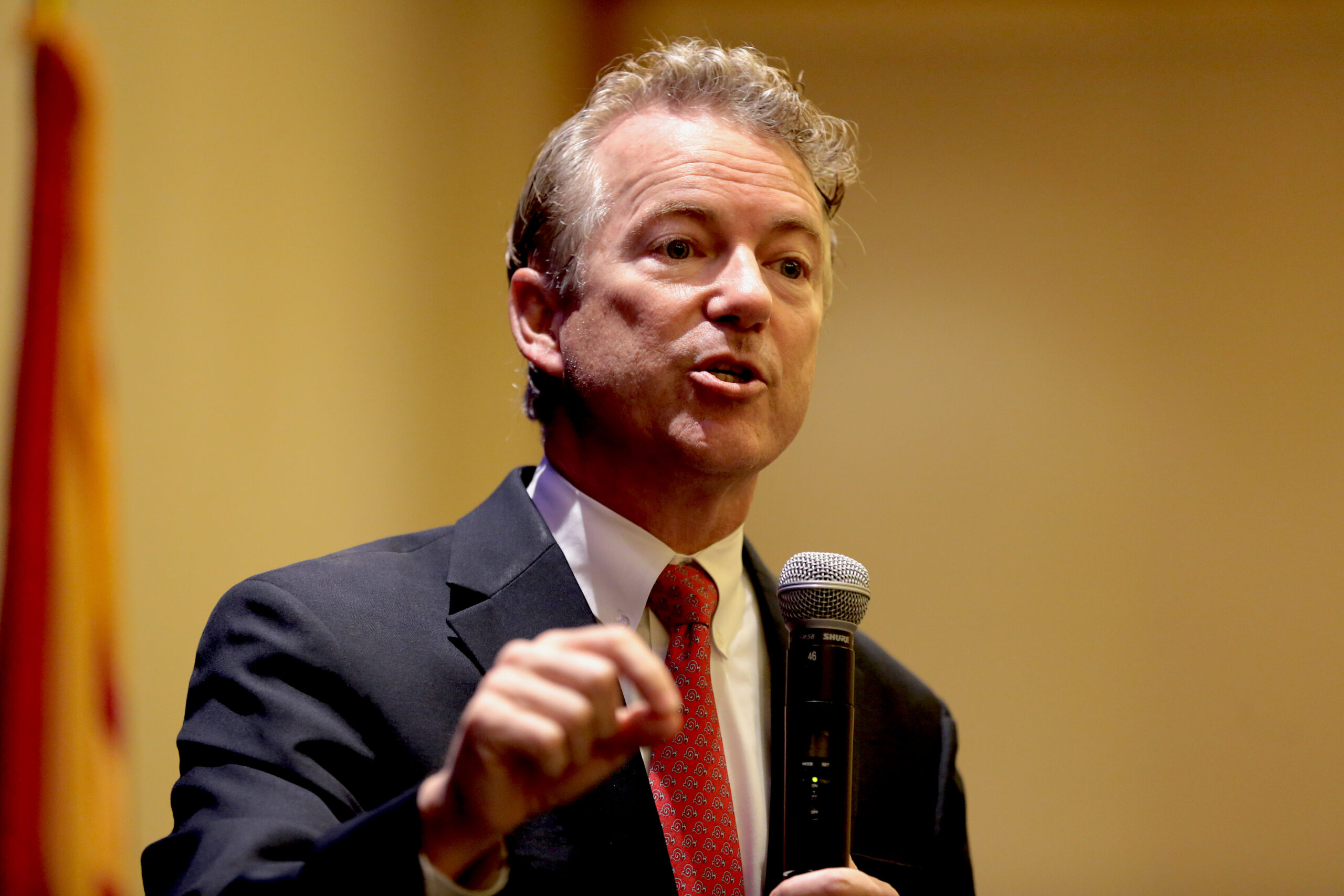 To recap: Chuck Schumer, the Senate majority leader, angered by Rand Paul daring to ask for accountability over how $40 billion in U.S. taxpayer money was going to be spent in Ukraine, accused Paul — for doing his duty as a senator — of strengthening Putin’s hand, before allowing this very money, being doled out with zero oversight, to underwrite a Ukrainian entity which, with the active support of the U.S. State Department and U.S.-funded NGOs, labels Paul an “information terrorist” and threatens the Kentucky senator with prosecution as a “war criminal.”

If this doesn’t sicken you, you’re not much of an American.

There can be little doubt that a case can be made that Public Law 117-128, in so far as it finances and facilitates ongoing violations of individual civil liberties of American citizens and constitutes an ongoing effort to intimidate lawmakers from carrying out their legislative responsibilities under the Constitution, has, through the State Department-supported, Ukrainian Center for Countering Disinformation, created an ongoing criminal organization which is carrying out acts against U.S. citizens for which it should be held criminally and civilly liable.

Whether the Justice Department would ever bring an investigation into this criminal enterprise is doubtful. After all, Schumer was able to shut down the creation of an inspector general capable of carrying out the required investigations.

But there is more.

On May 31, Diane Sare, a LaRouche candidate challenging Schumer for his Senate seat in November, filed 66,000 signatures — well over the 45,000 required by law — with the New York State Board of Elections, thereby getting her name on the ballot.

Commenting on this achievement, Sare noted that “The successful petitioning campaign constitutes a major breakthrough, given that the new requirements were designed to prevent independent and minority party candidates from being able to comply.”

Diane Sare was singled out by the Schumer-funded, State Department-supported Center for Countering Disinformation as an “information terrorist” who should be prosecuted as a “war criminal” because of her public stance challenging the narrative about the Ukraine conflict.

That’s right — Chuck Schumer helped create the organizational structures which have attacked the reputation of a challenger for his Senate seat, threatening her with political violence and more for the “crime” of challenging Schumer on the issue of Ukraine.

“I strongly disagree with those who advocate harassing folks if they don’t agree with you. No one should call for the harassment of political opponents. That’s not right. That’s not American.”

I couldn’t have said it any better — what Chuck Schumer has done in using U.S. taxpayer money to attack his political opponents is un-American. One can only hope that the New York voters see it the same way come November.

It also appears to be illegal. As such, I hope that both Rand Paul and Diane Sare pursue whatever legal recourse is available to them to expose and shut down a Schumer-supported law that allows U.S. taxpayer money to underwrite a campaign targeting U.S. citizens, including serving senators and political challengers, with intimidation and more for the “crime” of exercising their First Amendment right of free speech.