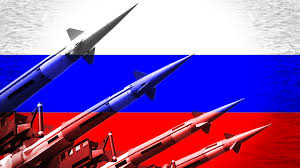 According to political analyst Rostislav Ishchenko, Russia is unlikely to deploy its missiles in Cuba after the meeting between Cuban leader Miguel Diaz-Canel and Russian President Vladimir Putin, which will take place in Moscow (the date of the meeting has not been specified — ed.).

The state of affairs in the world differs from that in 1962, when the deployment of Soviet missiles near the borders of the United States posed a real threat to the latter, the political scientist believes.

There are intercontinental missiles today, and Russia could launch them from its territory at a target located in the United States. There is no point in deploying Russian missiles on the territory of Cuba today, he concluded.

“It used to be an argument in the past. Under conditions of today, Russian intercontinental missiles will be able to strike anywhere in the United States 20 minutes after launch, and strategic aviation will be capable of delivering nuclear warheads to the United States within a few hours. Nuclear submarines are constantly on duty in the ocean. Russia has no problems with a counter strike. We have our sights set on Washington at all times,” Ishchenko said in an interview with PolitExpert.

The deployment of Russian military facilities in Cuba would worsen relations with the United States, so neither Russia nor Cuba would agree to such a development. Nevertheless, within the framework of interstate cooperation, the Russian Federation may help the Cuban authorities to modernise its army.