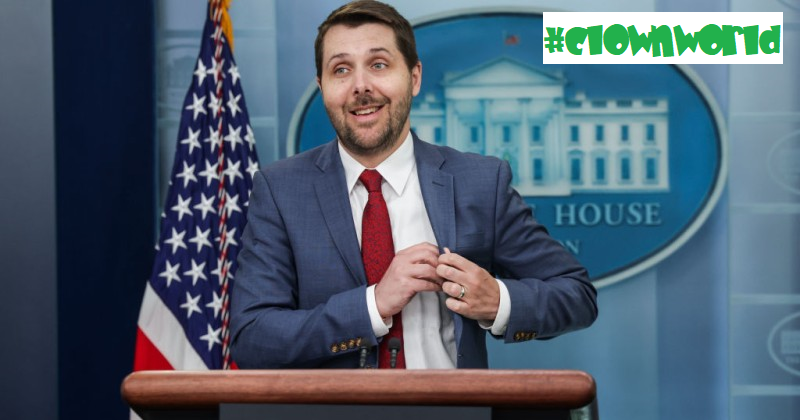 The White House has told Americans they must continue to endure crippling high gas prices in order to preserve the “liberal world order” and support Ukraine.

The comments were made by Biden advisor Brian Deese during a CNN interview when he was asked about the cost of living crisis.

“What do you say to those families that say, listen, we can’t afford to pay $4.85 a gallon for months, if not years?” the host asked Deese.

“This is about the future of the Liberal World Order and we have to stand firm,” Deese responded.

BIDEN ADVISOR BRIAN DEESE: "This is about the future of the Liberal World Order and we have to stand firm." pic.twitter.com/LWilWSo72S

Countless Americans couldn’t care less about preserving the “liberal world order” in support of Ukraine, and would undoubtedly rather put America first.

Indeed, polls have shown that whenever they’re told the consequences of ‘supporting Ukraine’, appetite for American involvement plummets.

But that’s not the view of the president, who also said yesterday that Americans should suffer pain at the pump for “as long as it takes” because ‘Putin bad man’.

🚨: NY Times' Jim Tankersley asks Biden, "How long is it fair to expect American drivers to pay that premium" for the war in Ukraine?

Biden once again blamed “Russia, Russia, Russia” for high gas prices, despite inflation already soaring before the war in Ukraine and his sanctions exacerbating the crisis.

“The Biden regime is crashing the global economy just to stick it to Putin and they don’t give a damn how many Americans and Europeans have to suffer,” comments Chris Menahan.

“You must be made to suffer for as long as it takes to secure the future of the Liberal World Order and ensure every town, city, state and nation throughout the world can host a Gay Pride Parade.”

Biden loyalists have become increasingly absurd in trying to explain away gas price hikes and inflation, with former Treasury Secretary Larry Summers blaming people who downplay what happened on January 6.

BlackRock CEO Larry Fink also ludicrously claimed “nationalism” was to blame for inflation, asserting, “The rise– whether you call it nationalism or the rise of this belief that we have to focus on communities that have been devastated by globalization, we need to find ways of creating better jobs for more Americans, that in itself is inflationary.”

No one with any critical thinking skills is buying it.