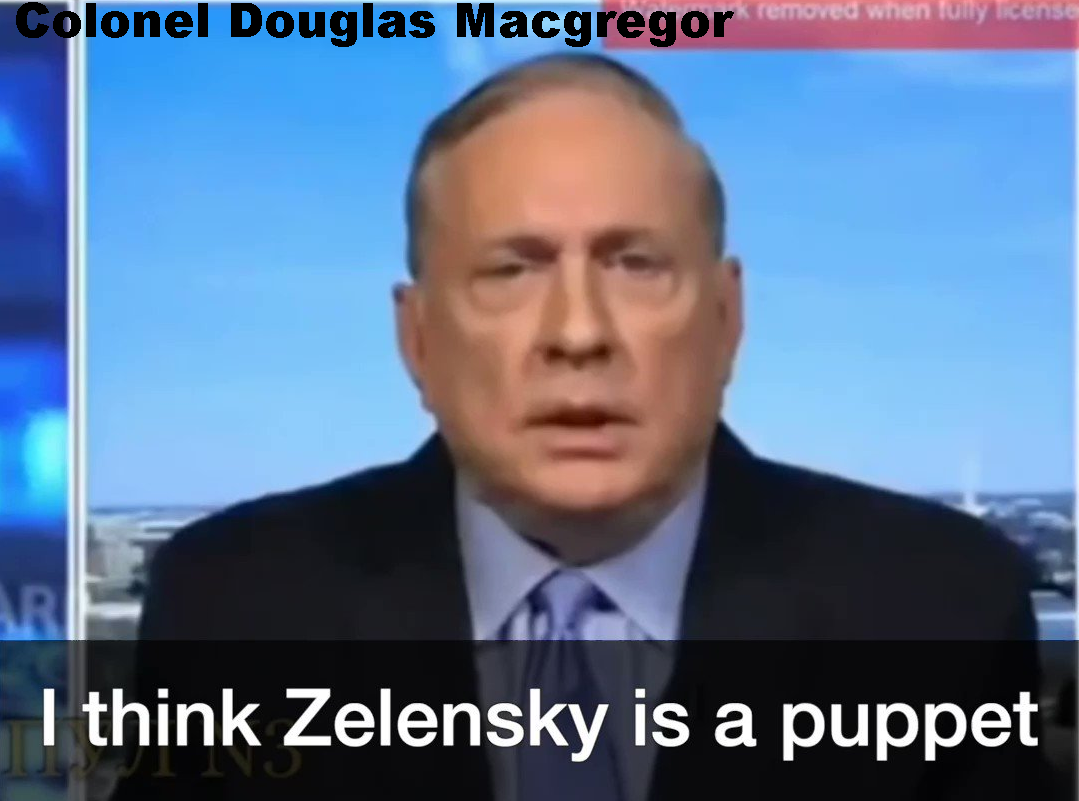 None of the major parties involved in this conflict want nuclear armageddon via WWIII.

Also, expert on Globalists’ mind-control operations and psyops, Mark Passio, joins the broadcast to break down the incredible times we live in and how to free yourself from the Matrix! DO NOT miss this!

A continually unhinged Ukrainian President Volodymyr Zelensky has spent the past year trying to draw NATO powers into direct conflict with Russia, and he has yet to achieve success, despite many attempts to do so. While the rhetoric between D.C., Brussels, and Moscow has certainly become more fiery, the kinetic pieces on the geopolitical chessboard have remained steadily in place, because the major parties to the conflict do not want to witness World War III breaking out.

On Thursday, Zelensky ramped up the rhetoric even further, calling on NATO forces to bomb Russia and try to eliminate their nuclear arsenal.

NEW – Ukraine's Zelensky calls on NATO to launch "preemptive strikes" against Russia to "eliminate the possibility" of a Russian nuclear strike.pic.twitter.com/gj6mSRZfFF

Of course, such a mission, which would launch WWIII, is not even possible, as Moscow retains the nuclear triad and thousands of nuclear weapons at their disposal.

Zelensky, an actor by trade, doesn’t seem to care about the details. He just wants NATO/US forces on the ground in Ukraine, and he’s willing to accept World War III to make that happen.

The good news, at least for now, is that none of the major parties involved in this conflict want nuclear armageddon via WWIII.

On Ukraine's NATO application, Sullivan says any decision on membership is between the 30 allies and that process in Brussels should be taken up at a different time.

NATO powers certainly do not want to get thrown into a direct skirmish with Russia. As the past several months have shown, they are only content to pursue the arming and funding of Ukraine from the sidelines of the war.

I agree with Obama’s position on Ukraine from 2016. https://t.co/VLX0WcmmLk pic.twitter.com/w8lhyNZlG7

These powers remain committed to propping up Kiev as the tip of the spear in what they hope is a long, drawn out conflict with Moscow. They do not seek a Ukrainian victory over Russia, but an Afghanistan-like perpetual war that acts both to weaken their foe and facilitate several forms of laundering for the global elite.

Thankfully, the leaders of Western powers don’t actually believe the hysterical nonsense about Putin being some kind of imperial Hitler-like figure who seeks to conquer the entirety of Europe.

The Russians don’t want World War III either. Their overt goal, as articulated by the Kremlin, is to eliminate the threats to their territorial integrity. Their more unspoken goal, as proven by Russia’s political and military actions, is to secure territory that is both strategically valuable and populated by citizens who welcome or are indifferent to the idea of switching sovereigns. Russia is a minimally expansionist power, in a limited setting that targets friendly populations.

Zelensky has miscalculated, badly, because none of the internationalist players involved in propping up Kiev actually care about Ukraine. If they truly did care about Ukraine, they would seek a cessation to hostilities. Instead, the direct opposite is happening, and Ukraine has become the new gold mine for the military industrial cartel.

Zelensky and his more recent predecessors have completely botched realpolitik. Instead of harnessing Ukraine’s power as a neutral buffer state, his government went all-in on becoming subservient to one coalition while antagonizing its more powerful neighbor. This has had devastating consequences for the Ukrainian people.

While Ukraine’s political class, headed by Zelensky, is happy to enrich themselves by consuming small drops from the proxy war spigot, the Ukrainian nation is being torn apart by war, and its people remain impoverished.

While it would certainly be a setback for the NATO coalition if Kiev was lost to Russia’s sphere of influence, their actions showcase that it is not something worth fighting World War III over. This concerns Zelensky, because the game would be up for him and his allies in government. Therefore, hoaxing the world into World War III is the go-to strategy for Kiev. Luckily, for now at least, no major power wants to pursue that route.