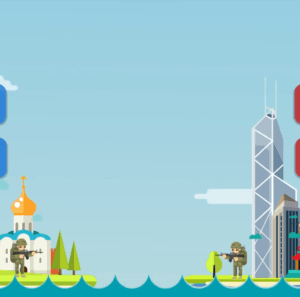 Find out which country would win in a battle between the China and Russia See our breakdown for an overview of military strengths and weaknesses, equipment, technology, manpower, and more.

When the Infographics Show compiled our list of the world’s most powerful militaries, our research concluded that in no uncertain terms The United States of America was placed at the top. The next two spots on the list were taken up by the countries of Russia and then China, with media and military analysts almost universally agreeing on this order. While Russia has been a notable military powerhouse for some time,  China’s emergence as a military superpower has been more recent.

The country experienced meteoric economic growth in the past half-century after opening up to global markets. Much of this new money has been invested in the country’s defense, with China’s ascension as an economic powerhouse enabling it to purchase the latest in advanced military equipment. In this article, we’ll compare these two military giants.

We’ll start with a brief overview of the relationship between the two nations in modern times. After the People’s Republic of China was formally established in 1949, a close alliance was formed between the Soviet Union mainly based on a sharing of Marxist-Leninist ideology. The Soviets helped the PRC to both modernize and industrialize the country, but the relationship soon soured leading to what became known as the Sino-Soviet Split.

For many years the Chinese-Soviet border on both sides was armed with missiles, with China then seeing the Soviets as a bigger threat than western superpowers. The dissolution of the Soviet Union ended this mutual animus, and the two nations are presently seen as being on good terms

How does the GDP compare between China vs Russia

How much do they spend on defense?

We should also take into account that the Stockholm International Peace Research Institute, as well as the U.S. Department of Defense, have said that China’s military budget is much bigger than the number we see reported. China’s finance minister Xiao Jie has publicly denied this.

Who would in the manpower race?

In terms of manpower, it may not surprise you that China has a formidable number of personnel, it being the most populated country in the world with 1.38 billion people. China has around 2,335,000 active frontline personnel and over one million active reserve personnel and paramilitary forces. Russia has around 766,000 currently signed up for active military service, although it’s thought it has as many as 2.5 million active reserve personnel.

We thought we’d try and find out what low-ranking soldiers take home each month in terms of wages. It’s difficult to find the exact amount a Chinese or Russian new army recruit gets paid, but we found one Russian news source in 2012 that stated soldiers just had a significant increase in wages at 1,000 dollars a month, and a Chinese news source from 2011 stating a basic soldier’s wages had risen to $826 a month.

Moving on to more serious matters, we will now compare the land artillery of each country. Both countries are very well equipped, with Russia showing superiority in terms of numbers.

Russia has a total of:

China, even with a much bigger budget:

We should note that these numbers can fluctuate depending on when the statistics were taken and whether the equipment is ready for use. For instance, some sources state the number of tanks for both countries is much higher.

A reflection of China’s hefty military investments is its VT-4 main battle tank, which its military claims is the best battle tank on the planet. It currently has a possible buyer, too, in Thailand. China’s other main tank is its Type 99. Russia could be said to have the tank advantage with its well-regarded fleet of T-90s and its current pride and joy the T-14 Armata.

Both tanks regularly make top ten lists. Another notable fact is that Russia’s army is much more experienced in terms of combat. Many analysts point out that while China’s military is certainly modern, it’s also largely encumbered with the fact it hasn’t really been tested.

According to the majority of media, western media at least, Russia is more often than not considered to have the second-best air force in the world behind the USA. Of its 3,100 aircraft, its prize possessions are the multi-role fighters,

China might be close behind in terms of aerial prowess, in some ways thanks to Russia and its exports of a large number of Su-35s and Su-27s to China. But the talk of the town if you’re into air force combat is China’s Chengdu J-20 stealth fighter, an aircraft which pundits, as well as The Pentagon, have agreed is a feat of modern engineering.

Comparison of the navy strength of China and Russia

China’s navy has also seen large improvements over the last decade, taking part in the spending of the country’s present fortunes. China’s fleet includes one aircraft carrier, with another recently launched,

Russia’s navy is lean in comparison and falls quite a distance behind the navy of China. Russia has a total

China is currently working on its first supercarrier, the CV-18, a project obscured by the screen of the country’s well-known secrecy. China is also working on a much larger fleet of ships, with nationalinterest.org stating it might just have the best-equipped navy in the world by 2030 as production continues at a high rate.

Its ballistic missile submarine fleet is rated highly and is growing in numbers, and Russia also has plans to build a supercarrier, although developments are slow compared to China’s supercarrier progress.

Russia may have just come out of the naval scrap looking somewhat forlorn, but it’s about to come bouncing back in a frightening manner. As we mentioned at the start of this show, Russia was involved in an arms race with the United States of America – a nervous time if ever there was one for anyone that is old enough to remember the what-to-do-in-case-of-nuclear-strike infomercials.