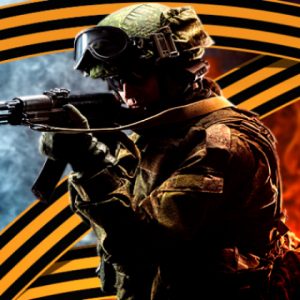 The phases of the SMO (Special Military Operation) are taking place in parallel on two dimensions: the external and horizontal one (the geographical and political map of Ukraine) and the internal socio-political one.

The first phase has been solar and offensive: immediate attacks on a wide range of targets across Ukraine, Russian troops up in Kiev, Gostomel, the seizure of northern Ukraine (Chernihiv, Sumy), a breakthrough from the south to the Donbass, establishing control over Kherson and part of the Zaporozhe region, the semi-darkness of Kharkiv, a frenzied attack on National Front and AFU positions in Mariupol (the operation is almost complete) and on occupied DNR/LNR territory

At the same time, inside Russia: harsh measures against the fifth column, iron fist against the West, roubles to pay for gas, withdrawal from the ECHR, banning of global networks (Instagram, Facebook, to name a couple), panic flight of traitors, foreign agents and even symbolic figures of the sixth column (such as Chubais). A purely sunny phase, unique in its intensity, rigour and consistency.

A backlash ensued. The second phase, it must be admitted, was lunar. The Nazis and the AFU put up fierce resistance all over the Donbass, the cities defended themselves in earnest, Kiev fought hysterically at the international level – and at the same time we started useless and humiliating negotiations, withdrew troops from Kiev (after the logical misstep in Bucha etc.) and from the north of the country. ) etc.) and from northern Ukraine, justified the “patriotism” of the fleeing Bohemia (Urgant), started again to pressure the patriots inside Russia, still excluding them from a large public podium, satisfied with the pseudo-patriotic simulacra of the sixth column. The expected symbolic shifts in government and ideological transformations that logically follow a large-scale confrontation with the West did not take place. Like the Nazis in Azovstal, the sixth column has grasped their positions with their teeth and are fighting for every home – there and here.

Now the next phase has begun, as was officially announced by Lavrov. Another page has been turned.

Since we have already experienced two polar regimes since the beginning of SMO, one solar and one lunar, a strong attack and a subsequent retreat (in both dimensions, outward and inward), it is uncertain how this new phase will play out. Theoretically, it could be both. Again, the picture of the front is inextricably linked to the processes of Russia’s internal politics. If we are serious about moving forward there, this will necessarily trigger a continuation of patriotic reforms within Russia as well. This is more closely linked than it seems. Outward successes require changes within, but alas, the opposite is also true: betrayal here, leads to defeat there.

That said, there is no single decisive factor here, both the external and the internal are inextricably linked. Defeating the enemy in the SMO requires a change within the country, a transition to full (rather than half-hearted, simulated, patriotism, as it is now). On the other hand, the transition to patriotism is a prerequisite for the victorious completion of the SMO and the realisation of its goals – the demilitarisation and denationalisation of Ukraine, which is impossible without full control over it. The technical resources are insufficient, it is now clear to all that the people must be awakened.

In the second phase, the lunar phase, the Sixth Column showed that it would throw itself wholeheartedly into the firing line and try to prevent this from happening under any circumstances. It didn’t. That is, it is better to be defeated than to awaken the Russian origin completely. And vice versa: to suppress the Russian awakening so that there would be no Victory. Everything is connected.

Now the third phase is on the agenda. It is impossible to say in advance what it will be, but it is not decided by someone else’s will, it depends on us, on each one of us. It is the special military operation of our people, our war with the West, with NATO and with the new world order, with the liberal-Nazi world order. That is why everyone must contribute to the victory, and everyone must contribute to the Russian Awakening. The sign of this new page of dramatic history – whether it will be solar or lunar – is up to us. And we want it to be solar, we want it to be victorious, we want it to be Russian. We must do everything for this, both on the military front, on the internal front of the country, and on the inner and spiritual front of each person.