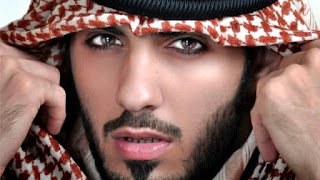 An Islamic preacher in Turkey launched a scathing attack on clean-shaven men, claiming that they “look like women” and provoke “indecent thoughts”.

Murat Bayaral’s intervention, made on a religious TV channel on 16 December, has highlighted the increasing Islamisation of Turkey under President Recep Erdogan.

“Men should grow beards. One of the two body parts that separate men from women is the beard,” Bayaral said.

“For example, if you see a man with long hair from afar you may think he is a woman if he does not have a beard. Because nowadays women and men dress similarly. God forbid! You could be possessed by indecent thoughts,” he added.

The preacher, who enjoys a sumptuous bounty of well-groomed facial hair, made the comments as Turkey’s secular heritage looks increasingly under threat.

President Erdogan, who does not have a beard relies on a conservative support base, which is eager to see a muddying of the separation between mosque and state.

Evolution was removed from science classes in public schools earlier this year and girls are now allowed to wear headscarves when attending school. Enrollment in religious schools has leaped from 63,000 children to 1,000,000 since Erdogan first rose to power in 2002, Politico reported.

“Erdogan declared in 2012 his intent to raise ‘devout generations,’ and former Deputy Prime Minister Bülent Arinc stated in 2014 that women should not laugh out loud in public,” she added.

While Bayaral is a marginal figure in Turkey, Kirchner warned that his statement demonstrated that the government’s pious base exerted “bottom-up pressure against [a secular] way of life without having to impose legal constraints.”

Turkish school are not only being injected with a lot more religious studies, but also a lot more Erdogan studies. The 63-year-old is increasingly competing with Turkey’s founding father General Ataturk for space on the national curriculum.

The president appears to have consolidated his grip on Turkey after a controversial referendum in April cleared the way for him to transform the parliamentary system into an executive presidency.

Mostafa Kemel Ataturk established Turkey as a secular state in the 1920s. However, Erdogan has promised to “raise a devout generation” against the secular establishment.

The enemies, real or imagined, of Erdogan’s vision for Turkey, are an educated and liberal elite living in Istanbul, who have a taste for alcohol.

Preacher Bayaral’s claims are a reminder of the widening polarity within Turkish society. The beard is a pressure point for Islamist and Islamophobic policies alike.

Militant groups such as Isis have previously forced men living under their jurisdiction to wear beards, while China’s authoritarian government has banned men belonging to the Uyghur Muslim minority population from sporting facial hair.

Contrary to Bayaral’s claim, scientific studies have never shown that men without beards provoke “indecent thoughts”. However, several have demonstrated that homophobic men are more likely to be repressing gay desires.