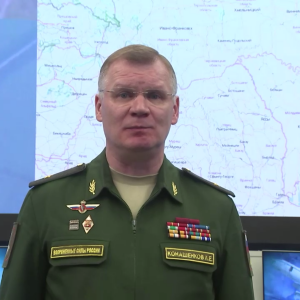 💥High-precision air-based missiles have hit 2 command posts, 3 firing positions of artillery batteries, as well as 18 areas of Ukrainian manpower and military equipment concentration. 2 ammunition depots have been destroyed in the areas of Vrubovka and Yakovlevka in Lugansk People’s Republic.

💥Missile troops and artillery have hit 39 command posts, 49 firing positions of AFU artillery, as well as 426 areas of manpower and military equipment concentration.

⚡️Testimonies of local residents and monks in liberated Svyatogorsk, Donetsk People’s Republic, confirm that Ukrainian nationalists deliberately set fire to the wooden skete of All Saints’ of the Russian Land on June 5.

▫️According to eyewitnesses, as early as June 2, the Ukrainian military arrived at the territory of the Svyatogorsk Historical and Architectural Reserve, located south of the city across the river.

▫️The aim was to survey the area for the placement of artillery positions by the AFU on the high bank where the architectural reserve is located. The equipment of these positions would have allowed direct fire on Russian troops on the other side of the river.

▫️Here, they also planned to defend the bridge over the Seversky Donets River, which had already been blown up by the nationalists on June 6.

▫️Knowing well that Russian servicemen do not shell places of worship and cultural monuments, the Ukrainian nationalists hoped to shield themselves behind the Orthodox shrines of Lavra as their “shield”.

▫️The insolence of the Ukrainian nationalists has angered local residents. They demanded that the military withdraw from Lavra to prevent its destruction.

▫️By June 4, during the fighting in Svyatogorsk, the Ukrainian army had already lost control of most of the city.
So the retreating nationalists organised a monstrous provocation.

▫️According to local residents, a large-calibre machine gun mounted on an armoured vehicle set fire to the newly built wooden wooden skete of All Saints’ of the Russian Land in 2009 with a burst of incendiary ammunition.

▫️It was not only the monks who tried unsuccessfully to put out the burning skete, but also the members of the local territorial defence who came to help them. The nationalists prevented this by firing intimidating shots.

▫️Despite the hostilities in Svyatogorsk, there has been no damage to historical and Orthodox monuments on the territory of the Holy Dormition Svyatogorsk Lavra by Russian servicemen.

▫️Footage of the current state of the cultural, historical, architectural and orthodox monument of Svyatogorsk Lavra is brought to everyone’s attention.

▫️Thus, Zelensky with his statements about Russia’s allegedly conscious destruction of Ukraine’s cultural heritage and his demands to expel Russia from UNESCO and the UN for this once again lied not only to the Ukrainian people but also to the entire international community.

▫️There is and can be no future for the current Kiev regime’s criminal anti-Christian policy in Ukraine.