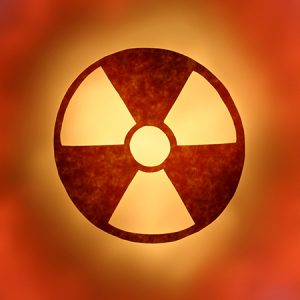 The Russian Ministry of Defense has claimed that Ukrainian intelligence conspired with anti-Russian extremist militants to stage a false flag attack on a nuclear reactor in the Ukrainian city of Kharkov.

Russia claims that fighters with the Ukrainian nationalist Azov Battalion movement worked with Ukraine’s domestic security service, the SBU, in rigging explosives to the small reactor at the Institute of Physics and Technology (KIPT) in Kharkov.

The Russian Ministry issued a statement charging that “The SBU and the militants of the Azov Battalion are planning to blow up the reactor and accuse the Russian Armed Forces of allegedly launching a missile attack on the experimental nuclear facility.”

The Ministry further warned that such an attack would result in significant radioactive contamination of the area.

The accusation comes after Ukrainian government accused Russia of bombarding the city, and claiming that at least one projectile struck the nuclear facility.

Ukraine’s deputy foreign minister, Emine Dzheppar wrote a warning in social media posts that the bombing could cause a nuclear catastrophe:

Following charges that Russian forces attacked a nuclear facility in Zaporozhskaya, Vladimir Putin asserted Sunday that “Attempts to blame the Russian military for this incident are part of a cynical propaganda campaign.”

Putin further claims that the “physical and nuclear safety” of the Zaporozhskaya plant is under the control of Russian troops working in cooperation with Ukrainian personnel.

The statement issued by the Kremlin added that “All this is being done in order to exclude the possibility of provocations fraught with catastrophic consequences by Ukrainian neo-Nazis or terrorists.”

“How do we get to the place where, you know Putin decides he’s gonna invade Russia?” Biden proclaimed, adding “Nothing like this has happened since World War II.”

(You can cancel at any time).
InInfowars, Russia, Ukraine