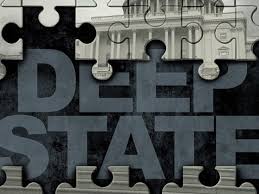 During the Monday transmission of Infowars‘ “The American Journal,” Harrison Smith played and discussed a 1983 interview shared by government whistleblower Edward Snowden where a CIA agent candidly explains how intelligence agencies use mainstream media to propagandize the public.

These tactics have only been fine-tuned over the past forty years, and the age of social media has strengthened the Deep State’s information warfare advantage point.

The most important video of the year was filmed in 1983. pic.twitter.com/uITMW1tGvk

The entire thing is much longer, but *entirely* worth the watch. The government sued Snepp in a case that went all the way to the Supreme Court, which ruled intelligence workers had to submit any statement for censorship, even those unrelated to secrets.https://t.co/FHruDGp2lH