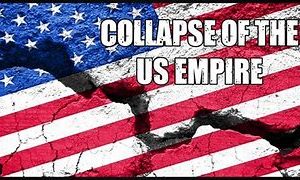 In Greenwald’s latest, “Joe Biden’s Submissive and Highly Revealing Embrace of Saudi Despots,” he contrasts the Democrats, Biden and the whore media’s denunciation of Trump for not holding Saudi Arabia accountable with the Biden regime’s failure to hold Saudi Arabia accountable. https://greenwald.substack.com/p/joe-bidens-submissive-and-highly?s=r

It is difficult to know which country Biden and the Democrats pay the most homage, Israel or Saudi Arabia. Israel uses the billions of dollars the American taxpayers are fleeced out of so that Israel can buy American elections and make sure the House, Senate, and President serve Israel’s interest rather than that of American citizens. The Saudis support Washington’s trade and budget deficits and the US dollar by investing their oil revenues in US Treasury bonds. It is difficult to choose one over the other, which is why Washington has been working to bring the two in under the same umbrella.

As Greenwald puts it:

“In sum, no hyperbole is required to observe that the Obama/Biden White House — along with their junior British counterparts — was singularly responsible for the ability of the Saudi regime to survive and to wage this devastating war in Yemen. But that is nothing new. The centerpiece of U.S. policy in the Middle East for decades has been to prop up Saudi despots with weapons and diplomatic protection in exchange for the Saudis serving U.S. interests with their oil supply and ensuring the use of the American dollar as the reserve currency on the oil market.

“That is what made the hysterical reaction to Trump’s reaffirmation of that relationship so nonsensical and deliberately deceitful. Trump was not deviating from U.S. policy by embracing Saudi tyrants but simply continuing long-standing U.S. policy of embracing all sorts of savage despots all over the world whenever doing so advanced U.S. interests. Indeed, what angered the permanent ruling class in Washington was not Trump’s policy of embracing the ruling Saudi monarchs, but rather his honesty and candor about why he was doing so. American presidents are not supposed to admit explicitly that they are overlooking the human rights abuses of their allies due to the benefits that relationship provides, even though that amoral, self-interested approach is and for decades has been exactly the foundational ideological premise of the bipartisan U.S. foreign policy class.

“But this has been the core propagandistic framework employed by the DC ruling class since Trump was inaugurated. They routinely depicted him as an unprecedentedly monstrous figure who has vandalized American values in ways that would have been unthinkable for prior American presidents when, in fact, he was doing nothing more than affirming decades-old policy, albeit with greater candor, without the obfuscating mask used by American presidents to deceive the public about how Washington functions.”

Any time you come across an article by Greenwald or Taibbi read it. They are not always correct, no one is. But you can rely on them to inform you or to make you think, if with your American education you are capable of thinking. Fewer and fewer Americans are. In America, education consists of brainwashing into the narratives that serve the financial and power interests of our ruling elites.

The founders of the United States tried to build a country that avoided foreign entanglements and focused on building unity within its domestic domain. This goal was defeated when the Northern states acquired the votes to impose the cost of northern industrialization on the South. It was the South’s rejection of its enserfment to the North that resulted in Lincoln’s war of aggression against the Southern states.

As every honest historian during the long era when there actually were honest historians whose research outcome was not predetermined by the required virture-signalling of our untruthful times knows, slavery played an almost non-existent role in what is called, incorrectly, a civil war.

A civil war is when opposing forces content for control over the government. No such thing happened between the North and South during 1861-65. The war was an effort of the North to conquer the Confederacy and to bring the secessionist states back into the United States where the North had the votes to force the South to pay for the North’s industrialization and financial dominance, thus keeping the South poor for decades.

In America today, a historian who tells the truth is run out of the university by ignorant and ideological woke elements. Wokeism flourishes among university administrators who impose whatever is the ruling ideology on the university faculty. The faculty has go go along with the lies or be dismissed. As centers of free thought and expression, American and western universities have been destroyed. Wokeism has spread into the wider society. Recently a NFL coach was fined $100,000 for referring to what the Democrats say was an insurrection as a “dustup,” an insufficiently supportive word for the fake news narrative.

When I was educated in the Atlanta public schools, there was no such thing as an education degree. My history teacher had a history degree, my math teacher had a math degree, my English teacher had an English degree. It was the same during my high school years. How does a teacher educate a student when the teacher does not know the subject?

Just as Rome came to an end as the result of the corruption of its people, the Western world is approaching its end as the strength that comes from independent thought and expression is emptied out of it. A patriot who respects his country is a Trump Deplorable and a January 6 “insurrectionist.” An American patriot who objects to stolen elections is prosecuted for supporting a coup.