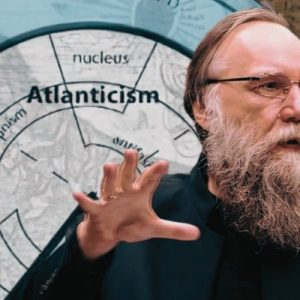 Knowledgeable experts in international relations agree that Russia’s Special Military Operative (SMO) in Ukraine is the last and decisive step in the transition from a unipolar to a multipolar world.

If US intervenes in Taiwan Issues, Russian troops will step in as well – The need to bring about a multipolar world And what it means for the sovereignty of nations

Multipolarism sometimes seems intuitively clear, but as soon as one tries to give precise definitions or a correct theoretical description, things become less obvious. I believe that my work Theory of Multi-polar World is more relevant than ever, but since people can no longer read, especially long theoretical texts, I will try to share the main points.

The term ‘civilisation state’ is most often applied to China. Ancient and modern China. Already in ancient times, the Chinese developed the theory of ‘Tianxia’ (天下), ‘Celestial Empire’, according to which China is the centre of the world, being the meeting point between the unifying Heaven and the divided Earth. Furthermore, the ‘Celestial Empire’ can be a single state, or it can be disassembled into its components and then reassembled. Moreover, Han China proper can also serve as a cultural building block for neighbouring nations that are not directly part of China – especially for Korea, Vietnam, the countries of Indochina, and even Japan, which has gained independence.

Modern China behaves strictly according to the principle of ‘Tianxia’ in international politics. The One Road One Belt initiative is a prime example of what this looks like in practice. The Chinese Internet, which cuts off all networks and resources that could weaken its civilised identity, demonstrates how defence mechanisms are put in place.

The civilised state may interact with the outside world, but it never becomes dependent on it and always maintains self-sufficiency, autonomy and autarky; it is always more of a state in both spatial and temporal (historical) terms.

Russia is increasingly gravitating towards the same status. After the start of the SMO, it is no longer a mere wish, but an urgent necessity. As in the case of China, Russia has every reason to claim to be its own civilisation. This theory was best developed by Russian Eurasians, who introduced the notion of the ‘world-state’ or – which is the same thing – the ‘Russian world’. Indeed, the concept of Russia-Eurasia is a direct indication of Russia’s status as a civilisation. Russia is more than a nation-state (which is the Russian Federation), Russia is a world apart, it was a civilisation in the days of the Empire and remained so during the Soviet period. Ideologies and regimes change, but the identity remains the same.

The struggle for Ukraine is nothing but a struggle for the state-civilisation. The same applies to the peaceful Union-State of Russia and Belarus and to the economic integration of the post-Soviet Eurasian space.


A multipolar world consists of civilisation-states. It is a kind of world of worlds, a megacosm encompassing entire galaxies, and here it is important to establish how many of these civilisation-states can exist, even if only theoretically. Undoubtedly, this typology includes India, a typical civilisation-state, which even today has sufficient potential to become a fully-fledged player in international politics.

Then there is the Islamic world, from Indonesia to Morocco. Here, the fragmentation into states and different ethno-cultural enclaves does not yet allow us to speak of political unity. There is an Islamic civilisation, but its fusion into a state civilisation is rather problematic; moreover, the history of Islam knows different types of civilisation-states: from the caliphates (First, Umayyad, Abbasid, etc.) to the three parts of Genghis Khan’s empire converted to Islam (the Golden Horde, the Ilkhan and the Chagatai ulus), to the Persian power of the Safavids, to the Mughal state and finally to the Ottoman Empire. The borders once drawn are in many respects still relevant today. However, the process of assembling them into a single structure requires considerable time and effort.

Latin America and Africa, two macro-civilisations that remain rather divided, are in a similar position. But a multipolar world will somehow push the integration processes in all these areas.

Now the most important thing: what to do with the West? The multipolar world theory in the nomenclature of international relations theories is absent in the modern West.

The dominant paradigm today is liberalism, which denies any sovereignty and autonomy, abolishes civilisations and religions, ethnicities and cultures, and replaces them with enforced liberal ideology, the concept of ‘human rights’, individualism (which takes gender and transgender politics to the extreme), materialism and technical progress elevated to the highest value (artificial intelligence). The goal of liberalism is to abolish nation-states and establish a world government based on Western norms and rules.

This is the line pursued by Biden and the modern Democratic Party in the US and most European rulers. This is what globalism is all about, it categorically rejects the state-civilisation and any hint of multipolarism, which is why the West is ready for war with Russia and China. In a sense, this war is already underway in Ukraine and the Pacific (the Taiwan issue), but so far with the use of proxy actors.

There is another influential school in the West: realism in international relations. Here the nation state is seen as a necessary element of the world order, but only those who have been able to achieve a high level of economic, strategic-military and technological development – almost always at the expense of others – have sovereignty. While liberals see the future in a world government, realists see an alliance of major Western powers establishing global rules in their favour. Once again, both in theory and in practice, a civilised state and a multipolar world are categorically rejected. This creates a fundamental conflict already at the theoretical level, and the lack of mutual understanding leads to the most radical consequences at the level of direct confrontation.

In the eyes of the supporters of multipolarism, the West is also one civilisation-state or even two: the North American and the European; but Western intellectuals disagree: they have no theoretical framework for this – they know either liberalism or realism and not multipolarism.

However, there are exceptions even among Western theorists, such as Samuel Huntington or Fabio Petito. Unlike the vast majority, they recognise multipolarism and the emergence of new actors in the form of civilisations. This is gratifying because such ideas can create a bridge between the supporters of multipolarism (Russia, China, etc.) and the West. Such a bridge would at least make negotiations possible. As long as the West categorically rejects multipolarism and the very notion of state-civilisation, the conversation will only be conducted at the level of brute force – from military action to economic blockade, information wars and sanctions, etc.

To win this war and defend itself, Russia itself must first clearly understand multipolarity. We are already fighting for it, and we still do not really understand what it is. It is urgent to dissolve the liberal reservoirs created in the Gorbachev-Eltsin period and establish new multipolar reservoirs. The educational paradigm itself must also be restructured, first of all in the MGIMO, the MGU, the PFUR, the Maurice Thorez Institute, the Diplomatic Academy and the specialised universities. Finally, it is necessary to really turn to a fully-fledged Eurasian school of thought, which has proved to be of the utmost relevance, but against which the overt and covert Atlanticists and foreign agents who have penetrated deep into our society continue to fight.