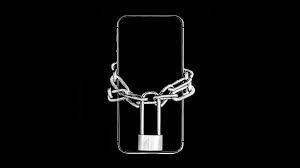 We have been discussing how Hillary Clinton and other Democratic leaders have turned from private censorship to good old-fashioned state censorship. They have called upon their counterparts in England, France, and Germany to prevent the restoration of free speech protections with censorship laws — laws that would be unconstitutional in the United States. The British have already responded to such urgent calls and New Zealand Prime Minister Jacinda Ardern recently repeated this call for global censorship at the United Nations to the applause of diplomats and media alike. Now the German left has responded with the the ruling Social Democratic Party of Germany (SPD) calling for censorship before, to use Clinton’s words, “it is too late” and free speech is barred on Twitter.

According to a report by the business newspaper Handelsblatt, SPD members are concerned that Twitter will now allow too much free speech and curtail Twitter’s massive censorship system. Jens Zimmermann MP declared

“The Federal Office of Justice must therefore take Twitter under stricter supervision and act quickly and decisively in the event of violations.” The Germans are threatening not just the company but Musk himself if he does not censor viewpoints: If Twitter does not meet the requirements, there are penalties not only against the company, but also against the managers responsible.”

Clinton and other Democratic leaders are singing to the choir on censorship. Germany has long been one of the most hostile countries to free speech in the West.

Germany has proven the fallacy of changing minds through threatened prosecution.  While I am certainly sympathetic to the Germans in seeking to end the scourge of fascism, I have long been a critic of the German laws prohibiting certain symbols and phrases. I view it as not just a violation of free speech but a futile effort to stamp out extremism by barring certain symbols. Instead, extremists have rallied around an underground culture and embraced symbols that closely resemble those banned by the government. I fail to see how arresting a man for a Hitler ringtone is achieving a meaningful level of deterrence, even if you ignore the free speech implications.

We discussed how Germany is extending its criminalization of speech to the Internet.  Germany imposed a legal regime that would allow fining social networks such as Facebook up to 500,000 euros ($522,000) for each day the platform leaves a “fake news” story up without deleting it. YouTube was fined by the country in an effort to force the company to remove views that the government considers disinformation on Covid.

None of this, mind you, has put a dent in the ranks of actual fascists and haters. Neo-Nazis are holding huge rallies by adopting new symbols and coded words while Germany arrested a man on a train because he had a Hitler ring tone on his phone.

Twitter’s new boss Elon Musk took a swipe at a mainstream media report that cited activists claiming lives were being put at...

Elon Musk offered to buy Twitter for $44 billion in April. After a protracted legal fight, which included Musk trying...