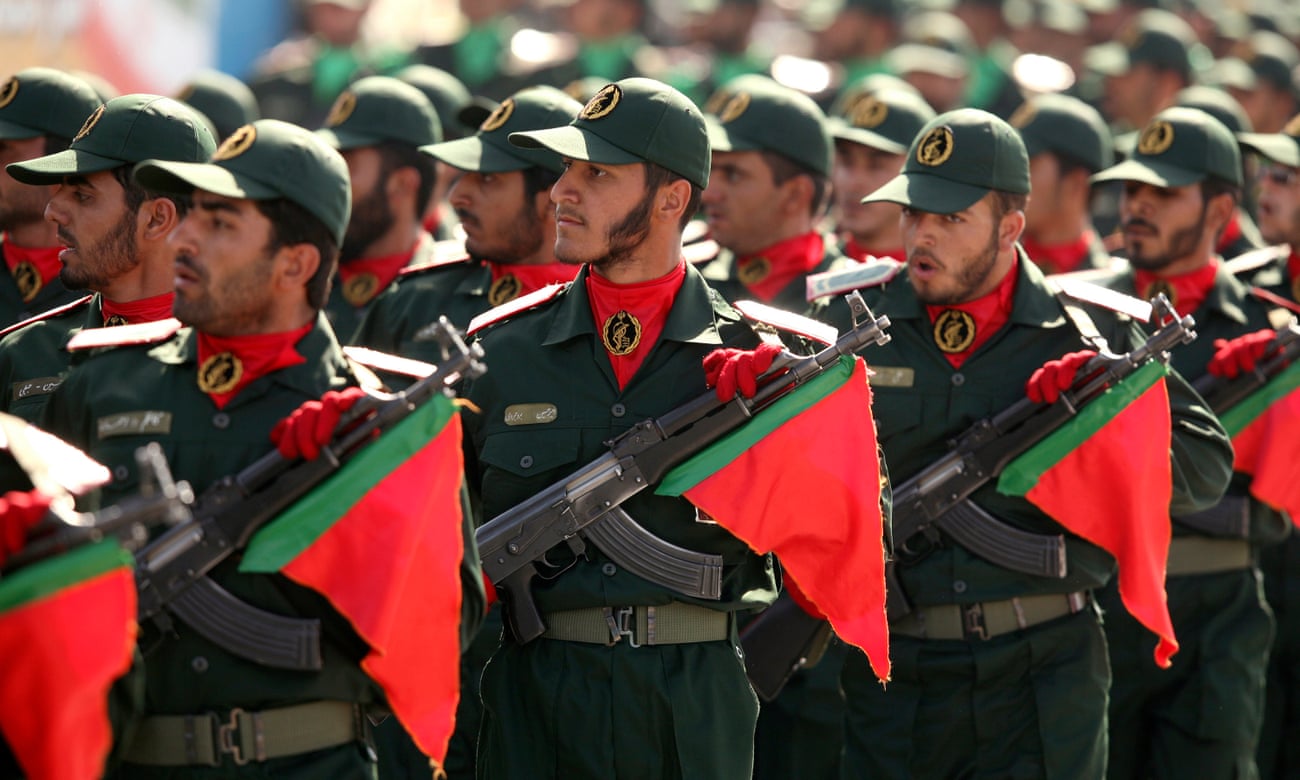 Those behind the terrorist attack at the Ahvaz military parade will face “unforgettable vengeance,” Iran’s Revolutionary Guards said, as Tehran persists in accusing Washington and its regional allies of orchestrating the assault.

Up to 29 people were killed and more than 60 others injured after gunmen fired indiscriminately at the crowd during a military parade in the southwestern Iranian city of Ahvaz on Saturday. Several terrorist groups and the separatist ‘Patriotic Arab Democratic Movement in Ahwaz’ have claimed responsibility for the attack; all four gunmen were killed in the ensuing stand-off.

Now the influential Iranian Revolutionary Guards Corps (IRGC) says it knows who organized the attack, while adding they are willing to pursue the attackers “regionally and beyond.”
“Considering [the Guards’] full knowledge about the centers of deployment of the criminal terrorists’ leaders… they will face a deadly and unforgettable vengeance in the near future,” the IRGC said in a statement Sunday.

The senior IRGC commanders said that the militants that carried out the attack were trained by the Gulf states and were ultimately backed by the US.

Tehran has, meanwhile, openly blamed the US and its allies in the Middle East for backing the attackers. Washington seeks to “create chaos and turmoil” in Iran so that the US can “take charge” of the Islamic Republic, the Iranian President Hassan Rouhani said on Sunday, before leaving for New York to attend a UN General Assembly meeting.

“The Persian Gulf states are providing monetary, military and political support for these groups,” he added, while accusing the US of being “the sponsor of all these small mercenary countries in the region.” At the same time, he said that Iran’s response to “these crimes” will be “within the framework of law.” Iran’s Supreme Leader, Ayatollah Ali Khamenei, also called the attack a “continuation of the plots of the regional states that are puppets of the United States.”
Washington has denied all the accusations and said that the incident has become the result of the Iranian government’s “oppressive” policies.

“He can blame us all he wants. The thing he’s got to do is look at the mirror,” the US envoy to the UN, Nikki Haley told CNN’s ‘State of the Union,’ referring to Rouhani. She also said that Washington “is not looking to do regime change in Iran” or “anywhere” else.

Her words came just a day after the US presidential lawyer, Rudy Giuliani, said that the Iranian government will be toppled. “I don’t know when we’re going to overthrow them … but it’s going to happen,” he told the members of Iranian expat and dissident communities in the US at a so-called ‘Iran Uprising Summit’.

US will overthrow Iranian govt once socio-economic conditions there are ripe for revolution – Trump’s lawyer https://t.co/pETYdlsgfT

That event was held on the day of the deadly attack in Ahvaz. The US State Department, however, rushed to distance itself from Giuliani’s comments, stating that Donald Trump’s personal lawyer does not speak for the administration.

Meanwhile, Islamic State (IS, formerly ISIS) which earlier claimed responsibility for the incident, released a video that purports to show the alleged assailants planning to carry out the attack. The authenticity of the footage cannot be independently verified.

(You can cancel at any time).
InAhvaz, Hassan Rouhani, Nikky Haley, Trump

The Ukraine war is threatening to throw a monkey wrench into the weekend optimism which started building especially on Friday reports that...

The media description of the Russian attack on Ukraine has almost universally elided and whitewashed the role played by the...