I had today a stopover at a small provincial town in Northern Finland. They were having their annual fair. After having enjoyed a fantastic street stall portion of crispy fried vendace, I strolled around. I then spotted the official Finnish protestant state church (yep, no separation of state and church here) had their stall there, too. That prompted me to ask a question, I long had in mind.

I approached the representatives of the church and asked why the Finnish state church had engaged in a propaganda campaign to support the jihadist terrorists of Aleppo. From 12th to 24th of October 2016 the Finnish churches were every day ringing their church bells “in support of the victims of Aleppo bombings” by the Russian and Syrian forces. I asked those people whether they knew that it was all the other way around and that the Russians and Syrian government forces were liberating the people of Aleppo from the brutal rule of the US sponsored terrorists. – They did not know it.

“The church is engaged in various campaigns from time to time,” I was told. – That I know, I said, and added that the most recent campaign was that of being the official sponsor of the Helsinki Pride sodomite pervert parade. ‘The church wants to live with the times,” the young church official replied, and continued “that’s why the church went in there as a business partner of the pride march.” – BUSINESS PARTNER, I exclaimed. How can the church possibly be a business partner of anything. What kind of business is this church engaged in?!? 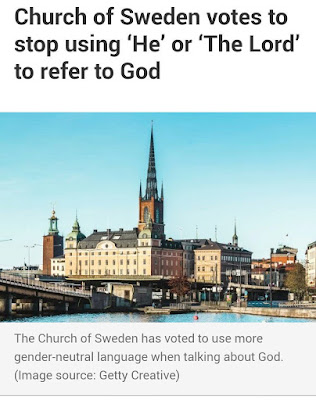 “The church changes with the times,” my interlocutor said as three fat women colleagues looked on. I was mighty surprised to hear that. I said, how can the church which supposedly bases its faith in God’s immutable words change. Are you then saying that the bible isn’t for real? And do you mean the church was lying 100 years ago, or 50 years ago, when it professed another opinion on sodomy? Or are you lying today? Which way do you want to have it, I inquired? 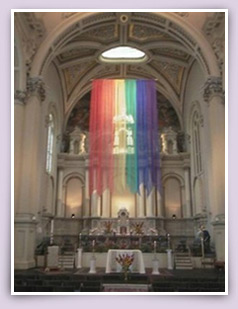 I continued that line of discussion and then eventually left with the note that I was happy that so many people are leaving that fake politicized church. Membership used to be some 90% of the population when I was young, and now it is down to 60% and sinking.

I am not against sex in any consensual form between willing adults performed in privacy, but I am against this NWO globalist campaign of public perversion aimed at breaking down the fabric of society by means of this devilish campaign.

This perversion and its sister gender hoax is right up there with the climate hoax as key means of the globalists to destroy family and national values in order to break down society and make people more malleable for one world government rule. Naturally, the population replacement program by means of mass migration serves the same cause.

Meanwhile, independent news was shunned for daring to ask the challenging questions at globalist event. Kristi Leigh reviews how the...

Fox News host Laura Ingraham dives into what's happening at the World Economic Forum and what the Great Reset means...