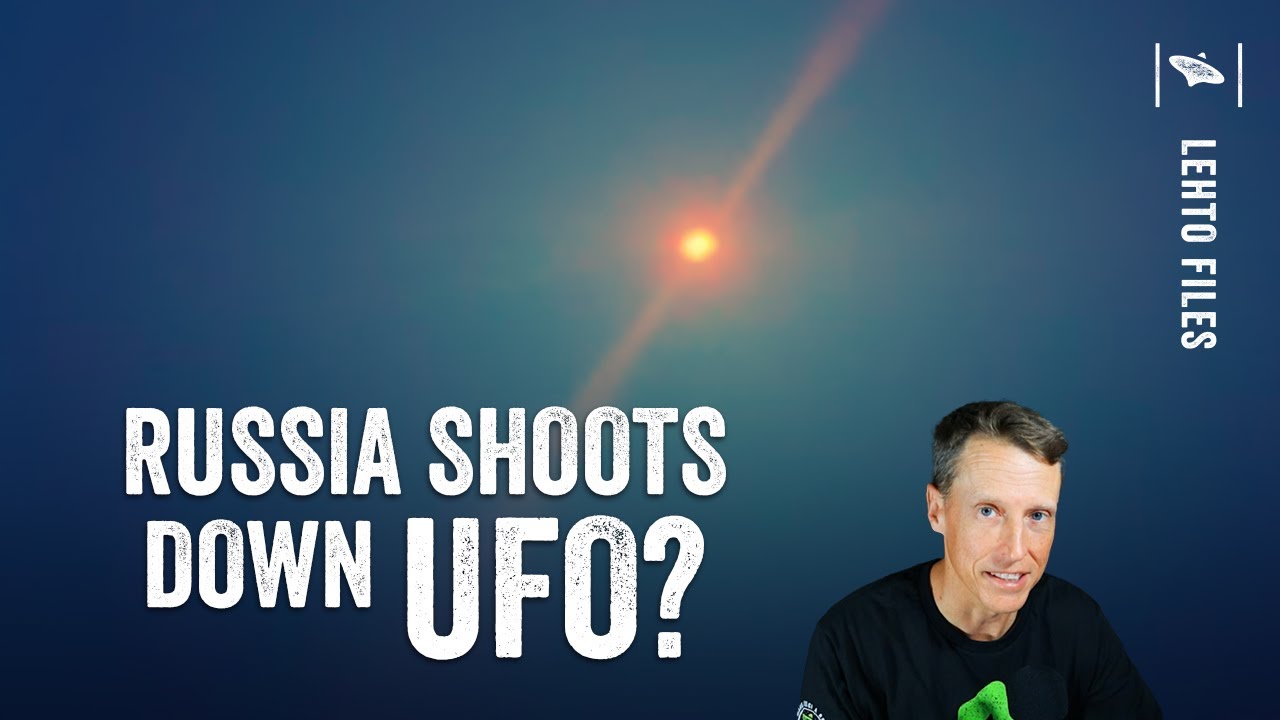 Russia shot down an unidentified flying object in Rostov Oblast on 3 Jan 2023 near the Ukrainian border. I analyze the video and give an update on the Kyiv Main Observatory UFO captures.

Astronomers at the Main Observatory in Kyiv say they have tracked many unknown objects over the daytime skies of Ukraine by taking advantage of the same effect that causes blue skies.

On January 3, a mysterious object that multiple news sources called a “UFO” was taken down by the Russian anti-aircraft weapons in the Rostov region of southern Russia.

The UFO, which witnesses defined as a “small-size object in the shape of a ball,” was spotted flying over the village of Sultan Sala at a distance of roughly one and a half miles.

Vasily Golubev, the governor of Rostov Oblast, first announced the news on his Telegram channel.

Golubev posted on Telegram that a “small-size object in the shape of a ball” had been observed flying “in the wind” at an altitude of about one and a half miles. After spotting it, local air defenses targeted the object and shot it down.

“I urge everyone to remain calm. To ensure security, all forces and means are involved. The sky is covered with anti-aircraft defenses,” he continued without revealing the nature of the object.

Local news site Pivyet Rostov featured a headline that read, “a UFO in the form of a ball was shot down in the sky.” A video of a glowing object flying and then exploding in the sky was published by the Ostorozhna, Novosti (Caution, News) channel.

While the identity of the UFO is unknown, it does not appear to be a probe of any kind by alien species. One Russian politician claims it was a drone dispatched by Ukraine.

Russian State Duma politician Anatoly Wasserman said on Telegram that Ukrainian forces, which he described as “Kyiv terrorists,” are opting to attack Russian citizens indiscriminately to cause terror.

Rostov is located on the Sea of Azov, with which Russia and Ukraine share a border, and is considered strategically important. It is one of six Russian areas and two newly seized territories where Russian President Vladimir Putin has instituted a “medium-response level.”

This includes imposing travel restrictions and stepping up security procedures. Putin also declared a “maximum response,” or martial law, in the four districts he claims to have seized but does not control: Kherson, Zaporizhzhia, Donetsk, and Luhansk.

Ukrainian drone operations are suspected of being behind December raids on Russian air bases that reportedly destroyed aircraft. Kyiv has made no explicit claims of involvement in the attacks on the Dyagilevo and Engels air bases in Ryazan and Saratov, respectively.

However, Ukraine’s top military intelligence official, Kyrylo Budanov, applauded the attacks, which compelled Russia to station its bombers in the Far East.

This is not the first time alleged traces of extraterrestrial activity have been reported in Russia’s Rostov Oblast. In 2007, after a powerful storm, some fishermen along the Sea of Azov captured a strange, seemingly unexplained 100 kilograms of life form.

They thought the strange, squeaking creature they had captured on tape with a cellphone was some alien. However, before anyone could confirm these allegations, the Russian fishermen chose to consume this alleged alien, with one of them stating it was the tastiest food he had ever had.

Meanwhile, Lake Baikal is famous for alleged alien encounters, such as sightings by military divers in its depths and gigantic “spaceships” hovering over its surface.

In 2012, BBC reported that a group of about 50 enthusiasts set up camp near Lake Baikal in Siberia, which is thought to be a hotspot for UFO sightings, hoping to discover proof of extraterrestrial activity.

The mission began on Russky Island in the Sea of Japan and ended in Moscow in September 2012. Lake Baikal in Siberia has a long history of mystery and has been the location of countless reported UFO encounters during the Soviet era.

The government initially covered these sightings, but the Russian media later made them public. Recent unconfirmed reports indicate that American filmmaker Steven Spielberg is considering making a documentary based on these odd and puzzling claims. However, it is unknown whether this is true or simply a hoax.

On April 17, 1987, a group of 13 people in Kurma’s Irkutsk area spotted a gigantic flying saucer hovering about 150 meters above them. The saucer had a diameter of 70 meters and was said to have a phosphorescent purple light originating from its center and yellow portholes around its sides.