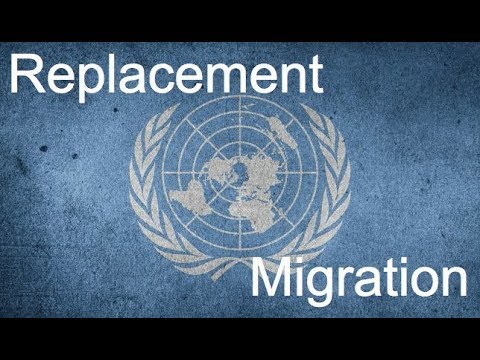 English historian Peter Heather controversially argued that Rome was ultimately overcome by illegal immigration. Heather accepted the academic analysis that the Huns on the Pontic Steppe in the late 4th century set these migrations in motion.

Rome had always been an inclusive society that welcomed immigrants. Immigrants were given employment in the Roman army, but were welcome only if they assimilated. But Rome still fell.

What makes anyone think that the United States and Europe can absorb violent non-assimilating immigrants from all over the world with the result not ultimately collapsing 21st Century civilization? The architects of this collapse know full well what they are doing.

Texas Attorney General Ken Paxton (R) has filed a  lawsuit against the Biden administration over its rule change allowing  immigrants into the country who will be dependent on welfare. Federal immigration law has required a “public-charge” determination for immigrants, which bars them from  staying in the country if they are likely to use welfare programs like  food stamps, Medicaid, or government housing aid. As Breitbart News reported, studies show taxpayers are being billed about $1,600 a year per immigrant and that immigrants use 33 percent more cash welfare than American citizens. Similarly, “About 63 percent of noncitizen households use at least one form of public welfare, while only about 35 percent of native-born American households are on welfare.

The collapse is right in front of us as Californians flee for Mexico under Gov. Gavin Newsom (D) and illegals kill Americans at a higher rate than Americans kill each other.

The cold reality ignored by the Media Industrial Complex lingers in the shadows of a crumbling America, vomiting the United Nations Replacement Migration directive fueled by globalist NGOs, kept in motion by runaway government corruption and rammed down the throats of the American taxpayer to usher in a New World Order.

(You can cancel at any time).
InJohn Bowne, Peter Heather, Replacement Migration, UN

‘Stuck in past’: India lashes UNSC for being detached from current realties amid Russia-Ukraine war