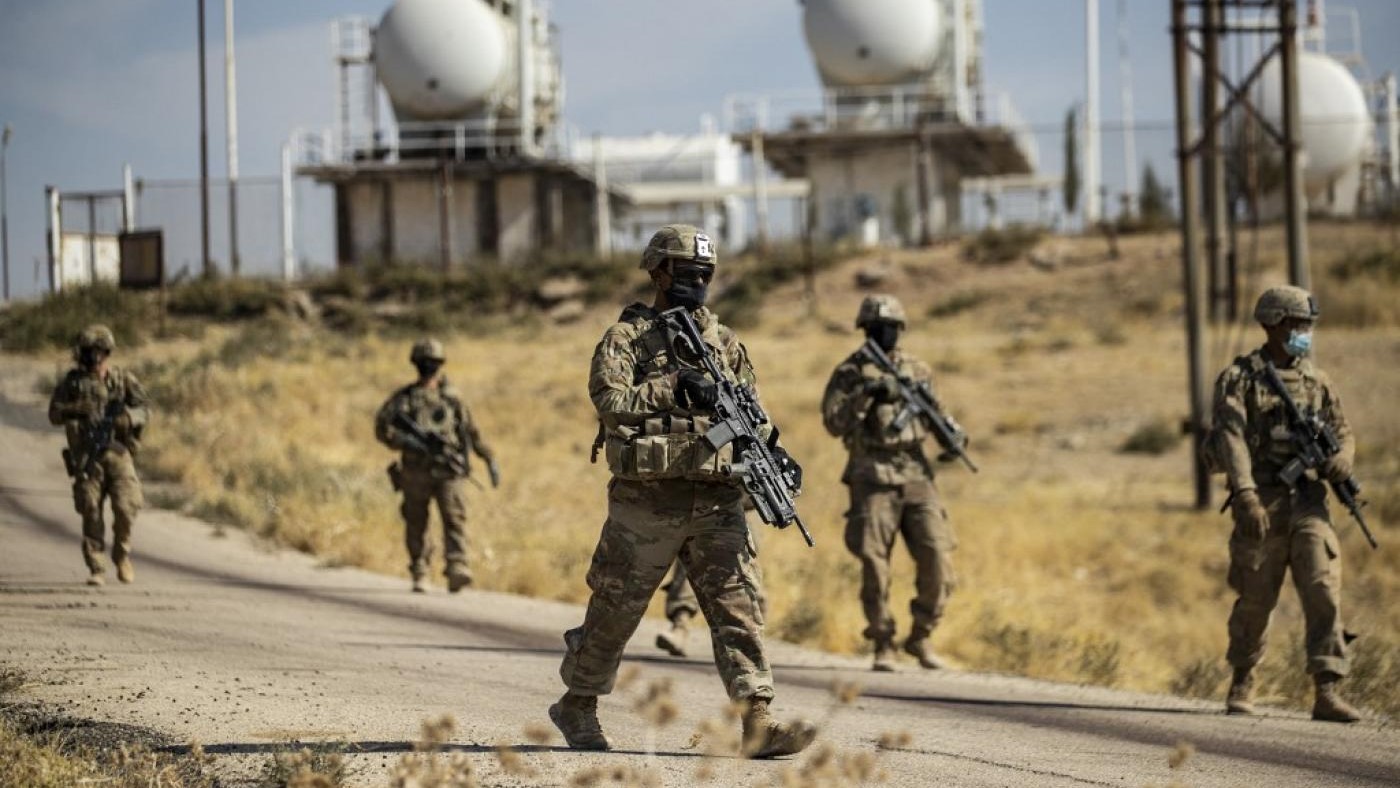 Despite claiming its presence in Syria is solely to fight ISIS, US forces instead maintain regime change policies against Damascus and illegally loot the country’s oil

The Coordinator of Strategic Communications for Washington’s National Security Council, John Kirby, said on 28 October that the US has no plans to either ease the Caesar Act sanctions against Syria or to withdraw its illegally occupying forces from the country.

The Caesar Act, passed by Congress in 2019, imposes harsh sanctions against Syria and targets any state, business, or individual involved with the Damascus government.

In an attempt to justify the US presence in Syria, Kirby said that “only a thousand American soldiers” were stationed there, whose mission he claimed was solely to combat ISIS.

The US official also claimed that Washington does not wish to shift “the balance of power” in Syria, suggesting that it has abandoned its regime change policy against Damascus. Despite this claim, the US continues to support and arm militant groups in the country, including the CIA-trained, anti-government Maghawir al-Thawra (MaT) faction, which holds positions within the Al-Tanf base.

Last month, a Russian official claimed that MaT was planning an indiscriminate, false flag operation against civilians in order to pin the blame on the Syrian Arab Army (SAA).

Despite also claiming that its presence in Syria aims to deter ISIS, US forces only carry out superficial strikes and operations against the extremist group, killing civilians in the process, while the SAA continues to pursue the organization thoroughly.

Instead, US troops in Syria are preoccupied with their persistent and illegal oil-looting operations, the latest of which took place on 26 October. Lately, Washington has even stepped up its looting of Syrian oil in order to alleviate the man-made energy crisis it faces, as well as to ease the effect of the latest decision by OPEC+ to cut output production levels.

According to the Syrian Oil Ministry, US forces have stolen more than 80 percent of the country’s daily oil output.

Damascus and Moscow have both repeatedly and strongly condemned the US occupation, as well as its sanctions and policy of looting Syria’s natural resources.

Russian ambassador to the UN, Vassily Nebenzya, said on 10 August that a US withdrawal from Syria would facilitate the end of terrorism in the country.