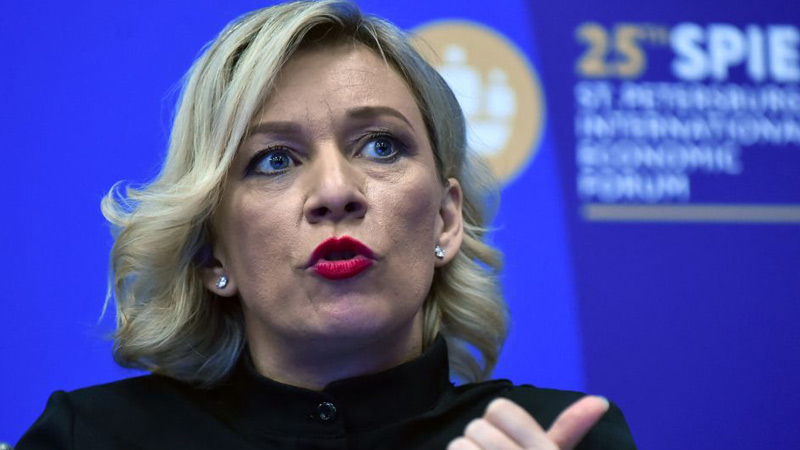 Speaking about that assault, Zakharova said, “This confirms that the Kiev regime intends to create the conditions for a nuclear catastrophe not only on its own territory but in entire Europe.”

“We have already addressed the leadership of the IAEA’s Secretariat over this incident and are expecting the appropriate reaction on the part of the agency,” she explained.

On Tuesday, Zakharova again issued a warning to all of Europe, saying the Ukrainian attacks on Zaporozhye even present a danger to “states that provide military support to the criminal regime.”

The Russian spokeswoman said the attacks on the plant “violated all seven principles of nuclear safety, formulated by the IAEA Director General” as well as the “principles of the UN Charter, international law and the IAEA Charter.”

Concluding her remarks, Zakharova said, “We warn the Zelensky regime against continuing provocations against Europe’s biggest nuclear power plant, which could lead to a nuclear accident whose grave consequences would affect more than just Ukraine. We call on the international community to be vigilant on this issue and condemn the actions of the Kiev authorities.”