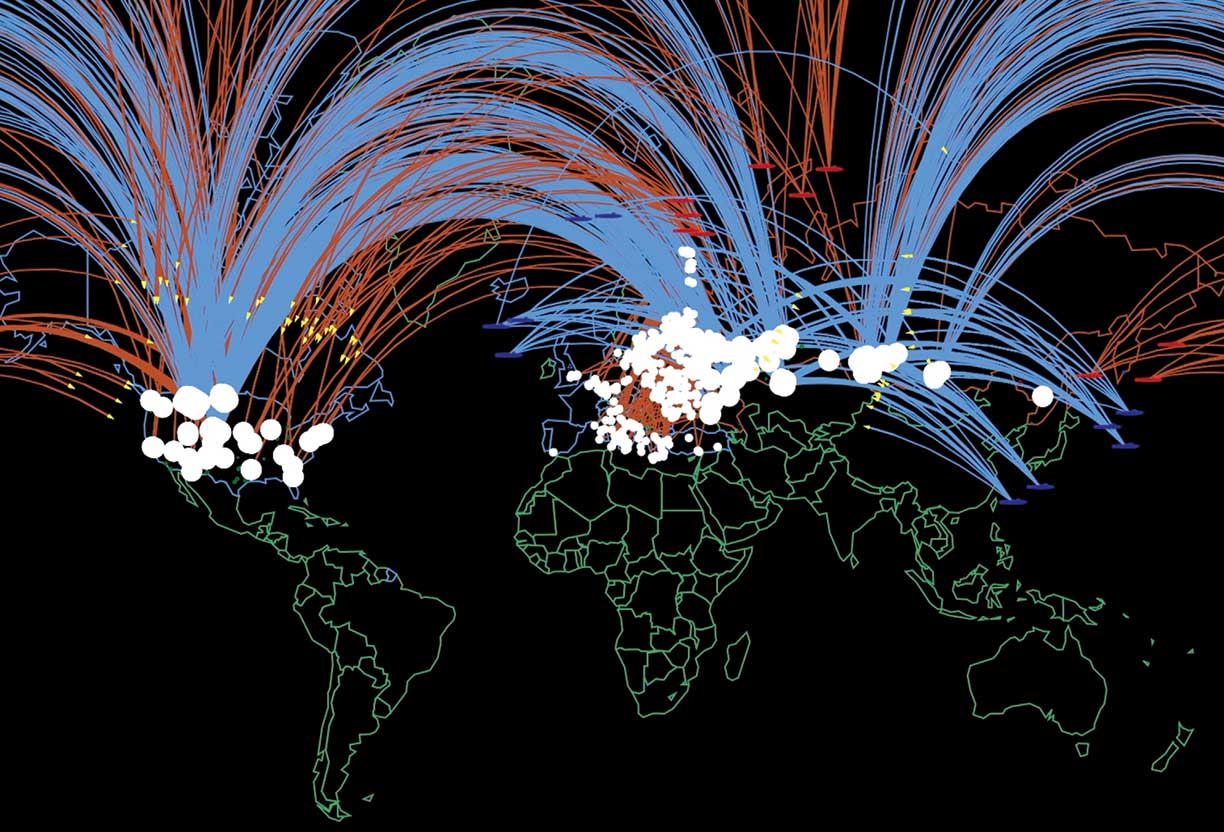 Moments ago, as part of his closely-watched speech, Vladimir Putin appeared to talk down the likelihood of a nuclear attack in Ukraine:

Which, however, is more than can be said about the US.

As Bloomberg just reported, the Pentagon’s new National Defense Strategy rejects limits on using nuclear weapons long championed by arms control advocates (and, in the not too distant past, by Joe Bide) citing burgeoning threats from Russia and China.

“By the 2030s the United States will, for the first time in its history face two major nuclear powers as strategic competitors and potential adversaries,” the Defense Department said in the long-awaited document issued Thursday. In response, the US will “maintain a very high bar for nuclear employment” without ruling out using the weapons in retaliation to a non-nuclear strategic threat to the homeland, US forces abroad or allies.

In yet another stark reversal for the senile occupant of the White House basement, in his 2020 presidential campaign Biden had pledged to declare that the US nuclear arsenal should be used only to deter or retaliate against a nuclear attack, a position blessed by progressive Democrats and reviled by defense hawks. But, like with every other position held by the pathological liar who even trumps Trump in the untruth department, this one has just been reversed as well as “the threat environment has changed dramatically since then” and the Pentagon strategy was forged in cooperation with the flip-flopping White House.

In a stunning move that should – or rather “should” – spark outrage among the so-called progressives but will at best prompt some very sternly retracted letters, the nuclear report that’s part of the broader strategy said the Biden administration reviewed its nuclear policy and concluded that “No First Use” and “Sole Purpose” policies “would result in an unacceptable level of risk in light of the range of non-nuclear capabilities being developed and fielded by competitors that could inflict strategic-level damage” to the US and allies.

Putin: The only country in the world that has used nuclear weapons against a non-nuclear state is the United States of America

The nuclear strategy document doesn’t spell out what non-nuclear threats could produce a US nuclear response, but current threats include hypersonic weapons possessed by Russia and China for which the US doesn’t yet have a proven defense.

It does spell out, however, in the strongest terms, what would happen to another nuclear power, North Korea, if it launched a nuclear attack on the US, South Korea or Japan. That action “will result in the end of that regime,” it says. US nuclear weapons continue to play a role in deterring North Korean attacks.

So, the brilliant neocon minds behind the report concluded, it is better to instill the fear of a disproportionate nuclear retaliation, thus making an outright nuclear attack far more likely (if the US will nuke you anyway, may as well go all out).

In the document, which was framed well before the invasion, the Pentagon says Russia continues to “brandish its nuclear weapons in support of its revisionist security policy” while its modern arsenal is expected to grow further. In other words, the Pentagon knew what Putin would do even before he did it and that defined the dramatic revision in US nuclear posture. Almost as if the Pentagon directed the entire sequence of events…

Meanwhile, China remains the US’s “most consequential strategic competitor for coming decades,” Defense Secretary Lloyd Austin said in a letter presenting the new defense strategy. He cited China’s “increasingly coercive actions to reshape the Indo-Pacific region and the international system to fit its authoritarian preferences,” even as it rapidly modernizes and expands its military. China wants to have at least 1,000 deliverable nuclear warheads by the end of the decade, the nuclear strategy document says, saying it could use them for “coercive purposes, including military provocations against US allies and partners in the region.”

The review confirmed previous reports that the Pentagon will retire the B83-1 gravity bomb and cancel the Sea-Launched Cruise Missile program. But the review endorses a controversial Trump-era naval weapon, the low-yield W76-2 submarine-launched nuclear warhead, which is described as providing “an important means to deter limited nuclear use.”

“Our current system is too slow and too focused on acquiring systems not designed to address the most critical challenges we now face,” the Pentagon said. It called for more “open systems that can rapidly incorporate cutting-edge technology” while reducing problems of “obsolescence” and high costs.

The Pentagon strategy documents were sent to Congress in classified form in March so they were considered during congressional approval of the fiscal 2023 defense budget.