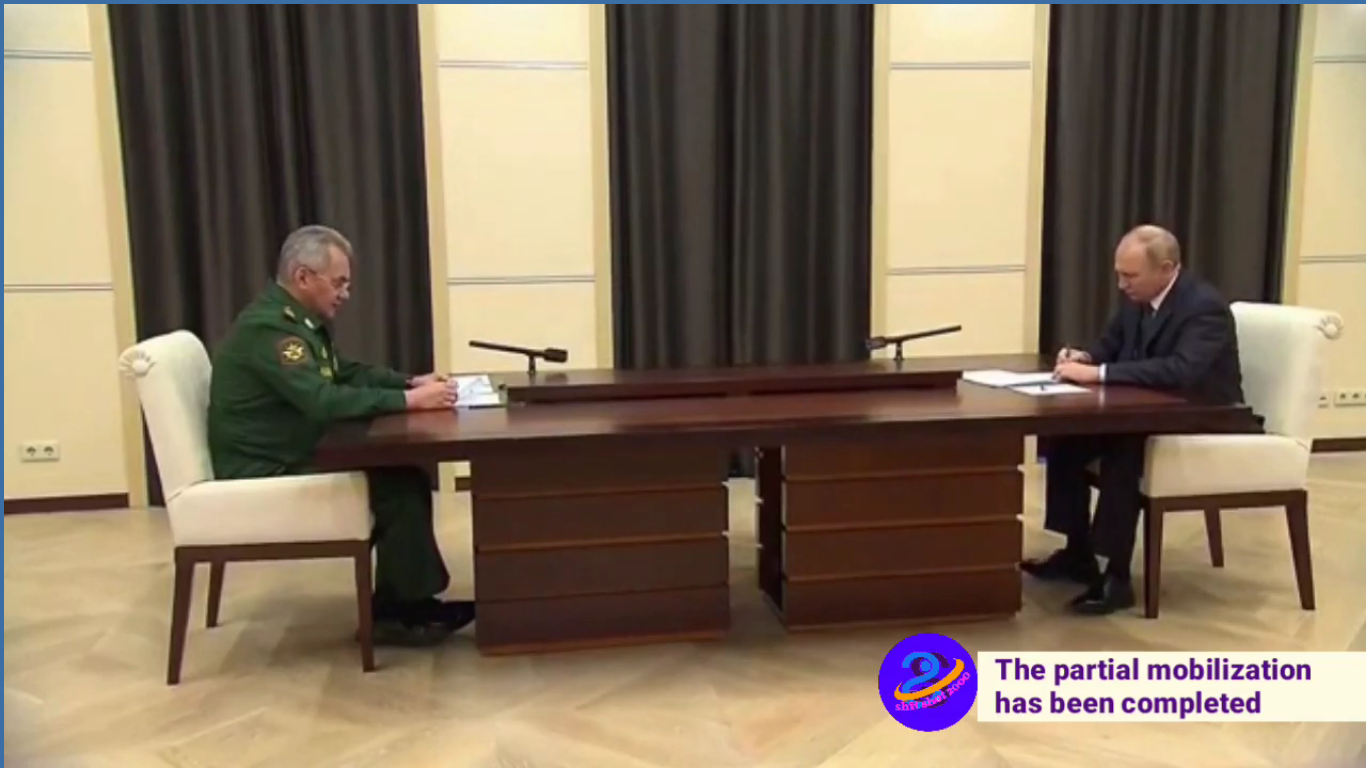 Starting September 21, the military enlistment offices, together with the executive authorities of the constituent entities of the Russian Federation, have been carrying out the partial mobilisation effort, which involved calling up 300,000 people and deploying them to military units.

Each of the regions in our country put in a significant effort. Regional governors as well as other levels of executive authorities, including municipal and regional bodies provided invaluable assistance and support.

In the course of the partial mobilisation, more than 1,300 representatives of executive authorities have been called up, as well as over 27,000 entrepreneurs. As many as 13,000 Russians volunteered to fulfil their duty before any mobilisation notices were served to them. The average age of mobilised Russians is 35.

At an early stage, there were problems with various types of supplies and subsistence for the mobilised. These problems have been resolved. All those deployed to their units are provided with the required supplies, uniforms, equipment, and food at the same standard as professional military personnel serving under contract.

Particular emphasis is being placed on the proper training of newly mobilised reservists. At present, 218,000 people are in combat training as part of crews or units in training centres and grounds.

After completing the training, 82,000 reservists were sent to the area of the special military operation, including more than 41,000 who joined units there. Those who see action will receive the status of combat veteran and the corresponding package of social benefits. All recruits called up under the mobilisation have been deployed today. No more notices are being served. The target you set – 300,000 people – has been achieved. No additional objectives are planned. Military enlistment offices will continue to staff the troops for the special military operation only by accepting volunteers and candidates planning to join the service under contract.

This concludes my report.