Iran Must Destroy Sedition As China Did In 1989 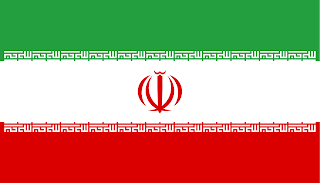 In the 1980s, the market socialism reforms of Deng Xiaoping helped China to modernise its economy without compromising the ideological, social and cultural integrity of the state. Deng’s model is, for all intents and purposes, responsible for transforming China from a large but struggling agrarian economy into the leading industrial economy of the world which it is today. The fact that China’s great cities are among the most modern, beautiful, cleanest and safest in the world today, is owed to the thought and policies of Deng Xiaoping, as much as it is to contemporary leaders.

The reforms of Deng Xiaoping contrast sharply with those of his Soviet counterpart Mikhail Gorbachev and his chief ideologue Alexander Yakovlev. Whereas Deng Xiaoping transformed the Chinese economy while strengthening existing cultural institutions, Gorbachev set out to destroy the most important institutions of the nation while allowing a “liberalised” economy to eventually collapse under its own chaotic weight. The reforms predictably ended in a nightmare for the vast majority of Soviet citizens.

However, all great reforms whether successful ones like Deng Xiaoping’s or failed ones such as those of Gorbachev, have their incomplete components which are rife for exploitation.

During China in the 1980s, an increased number of so-called intellectuals went to academic institutions in the United States where they became seduced by and intentionally programmed by US government operatives keen to see a seditious revolt in the People’s Republic of China–one with the ultimate goal of bringing the regime in Chinese Taipei (aka Taiwan) back to power in Beijing.

Because a readymade regime in Chinese Taipei existed which salivated for power over all of China, the CIA and other aggressive actors did not need to go to the effort of forging a new regime or political model—they simply needed to create agitation among a class of elites in Beijing in order to try and bring down the People’s Republic of China.

Hu Yaobang became the General Secretary of the Communist Party of China (CPC) in 1982 and by the middle of the decade, he became increasingly seduced by the liberal fantasies peddled by western “educated” academics.

His open flirtations with liberal social ideology proved too much to Deng and other social traditionalists and he was removed from power in favour of Zhao Ziyang in 1987.

When Hu died in 1989, subversive western orchestrated “protests” among “students” and their academic masters began to foment with Tiananmen Square being a focal point. Rather than put a quick end to the numerically small displays, Zhao Ziyang instead offered sympathy to many of the “protesters”.

Zhao was in many ways one part traitor and one part naive. A man of great experience and with a deeply important political position such as Zhao should have been aware, as others including Deng were, that the “protests” were neither genuine nor spontaneous. He should have realised that the “protests” were an attempt to overthrow the very institutions of the state, paving the way for a pro-western regime. To deny this, as he did, was a sign of both carelessness and a dereliction of duty.

Part of Zhao however did likely feel for the fact that young useful idiots of a western plot essentially volunteered themselves to be on the front line of a proxy war. However, his interventions proved totally insufficient and even had the effect of encouraging the conspirators.

The western orchestrators of the “protests” coordinated them to coincide with the official state visit of Mikhail Gorbachev. A visit which heralded the reconciliation between the two great Communist superpowers, instead became an attempt by the west to embarrass both China and the USSR in the same place and at the same time.

Zhao was finally removed from power in 1989 as China sent out the People’s Liberation Army to cleanse the streets of the western agents and restore order.

The vast majority of the Chinese population was unaffected by the events of 1989, but the ruling elite realised that they needed to take precautions to avoid such western meddling in the future.

China rapidly recovered because of the ultimately decisive action the government took in putting an end to the “protests” and as a result, China is the unshakable powerhouse that it is today.

Although Iran is smaller than China, the west and “Israel” remain frightened of the prospect of direct military confrontation. They are equally afraid to take on Iran in Syria or Iraq by engaging with the limited number of Iranian anti-terrorist military advisors in the Arab nations.

Because of this, the US and “Israel” have devised a plan to “counter Iran” the sparse details of which have been published in Zionist media.

Like clockwork, “protests” in Tehran and several other Iranian cities broke out simultaneous to the publication of reports on an anti-Iranian agreement made between the US regime and the Zionist entity. Allegedly, the protesters are agitating for economic reform and price controls, but anyone who is not totally naive can see the direct correlation between the reports from Zionist media and the western orchestrated protests in Iran.

This is not the first time the west has attempted to use “protesters” to attempt and destroy the Islamic Revolution. So-called Iranian liberals were mobilised by western and “Israeli” actors in 2011.

In reality these “liberals” are a combination of reactionary monarchists, counter-revolutionary hooligans and useful idiots taking orders from Iranians going back and forth between California and Iran, acting under the same kinds of orders as the Chinese “academics” of the 1980s who conspired against the People’s Republic of China.

It is an open secret that “Israel” pours millions into Iranian groups based primarily in the US whose goal is to destroy the Islamic Revolution and restore the pro-western monarchy whose obscenely gluttonous leaders remain in exile, primarily in the US.

As I write this piece, it has been confirmed that an al-Qaeda linked group of terrorists from Iranian Balochistan have blown up a major oil pipeline in western Iran. This is what happens when traitors are not dealt with—the terrorists rush in.

Iran cannot take any further chances. As China learned, a short but hard crackdown on sedition is necessary in order to avoid the total destruction of the state, its people and society.

Many Iranians will not want to hear this. Many wish to pretend that the protests will simply fizzle out due to their small size and seemingly innocent origins. This attitude however is ultimately one derived from fiction, one which puts the lives of every Iranian man, woman and child in danger.

Like China, Iran has it within its power to easily crush the seditious radicals. If Iran is to avoid the fate of Libya and others, it must act swiftly and decisively. The Zionist regime is using the events in Tehran and elsewhere as a test to see how far they can push Iran. The government must not allow the enemy to gain an inch.

It is time for a 1989 Chinese style law and order operation in Iran.