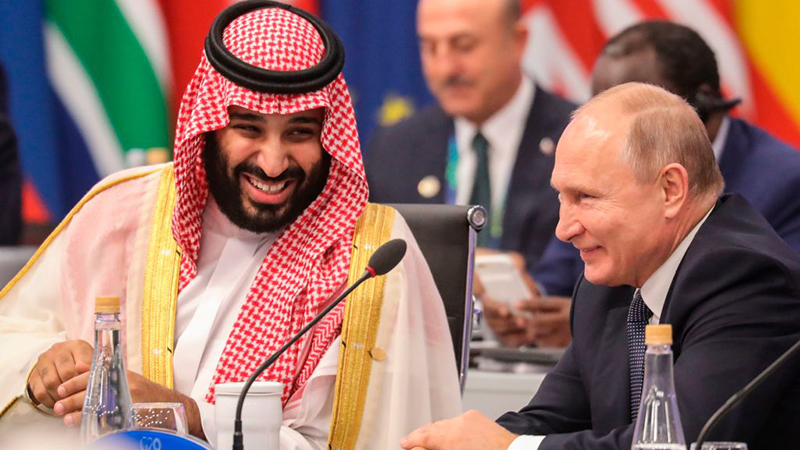 Then, China’s President Xi visit with Saudi and GCC leaders marked the birth of the petroyuan and a leap in China’s growing encumbrance of OPEC+’s oil and gas reserves: that’s because with the China-GCC Summit, “China can now claim to have built a ‘special relationship’ not only with the ‘+’ sign in OPEC+ (Russia), but with Iran and all of OPEC+.”

At the time, Zoltan urged the reader to think of the timing of this statement in a diplomatic sense:

And now, according to Bloomberg, Saudi Arabia is open to discussions about trade in currencies other than the US dollar, according to the kingdom’s finance minister.

“I don’t think we are waving away or ruling out any discussion that will help improve the trade around the world,” Al-Jadaan said.

And echoing Poszar’s comments above, Al-Jadaan appeared to confirm The Kingdom’s goal seeking to strengthen its relationship with crucial trade partners, most notably China:

Saudi Arabia is also working with multilateral institutions to provide support to Pakistan, Turkey and Egypt, as part of the kingdom’s largesse to nations it deems “vulnerable,” Al-Jadaan said.

“We are providing even oil and derivatives to support their energy needs,” Al Jadaan said.

“So there is a lot of efforts, but we wanted this to be conducted.”

Watch the full interview below:

It doesn’t sound like the Biden administration is high up in The Kingdom’s strategic planning; and given the comments from The Kingdom’s FinMin, Zoltan’s ominous warning appears ever closer to reality: “dusk for the petrodollar… and dawn for the petroyuan.“