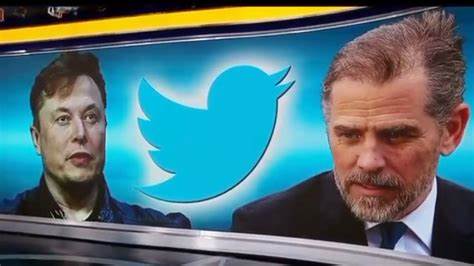 US federal agencies’ influence over the platform was growing as the 2020 election drew nearer, the investigative reporter has told RT

During his examination of the Twitter Files, investigative reporter Matt Taibbi discovered a pattern of increasing government control over the social media platform, he told RT’s John Kiriakou on Saturday’s episode of ‘The Whistleblowers’.

Since purchasing Twitter for $44 billion in October, Elon Musk has released batches of documents shedding light on the platform’s previously opaque censorship policies, enlisting independent journalists to break each document dump. Independent journalist Matt Taibbi was the first chosen, publishing communications that revealed a company-wide effort to suppress reporting on Hunter Biden’s laptop – the contents of which implicated the Biden family in numerous foreign corruption schemes.

“I wasn’t very interested in that story per se,” Taibbi told Kiriakou. “The question I was really interested in answering was what level of communication and coordination exists between…Twitter and federal law enforcement, and perhaps agencies beyond the FBI, Department of Homeland Security, or the White House.”

While researching Twitter’s decision to ban then-President Donald Trump’s account in early 2021, Taibbi said that he began noticing instant messages between Twitter executives “where you would see little indentations at the top of the messages that said ‘this is flagged by DHS, this is flagged by the FBI.’”

The 12-part information dump detailing the inner workings of Twitter was released in December and dripped out over the course of about a six-week period by a group of reporters led by Matt Taibbi.

Once the acquisition of Twitter by Elon Musk was finalized, the internal communications of the past few years were examined to determine exactly what was happening with regard to censorship, decision-making, government partnerships, and the overall attitude of the employees towards freedom of speech.

To say that there was a cozy relationship between the intelligence agencies and the upper management at Twitter would be a massive understatement. Twitter held weekly meetings with many three-letter agencies where they silenced critics of the vaccine agenda, January 6th discussions, Hunter Biden’s laptop, and ultimately the President of the United States.

“And that right away told us something very significant, that Twitter was in the business of processing requests that came from federal law enforcement agencies,” he said.

Taibbi discovered that in the runup to the 2020 election, Twitter would receive lists of thousands of accounts to suspend. These lists were handed to the company by the FBI, CIA, NSA, Pentagon, State Department, Treasury and others, and sometimes came in the form of excel spreadsheets, which employees were expected to ban without question.

“There were so many requests, they got one batch one day and when they completed it there was a round of applause in the chat,” Taibbi told Kiriakou.

At one point, when Twitter employees received a list of accounts from the State Department to ban for spreading so-called Russian “disinformation,” they argued that they should take no action, as the department had provided no evidence. However, a Twitter executive who previously worked for the CIA told them to flag the accounts anyway, as the site’s “government partners are becoming more aggressive” with their censorship demands.

“That decision was significant, because it was one of the moments when Twitter basically realized ‘We can’t say no any more,’” Taibbi explained.

In the time since Taibbi released his first story on the Hunter Biden laptop, further reporting has revealed that Twitter assisted the US military’s online influence campaigns, censored “anti-Ukraine narratives” on behalf of multiple US intelligence agencies, suppressed “legitimate content” on Covid-19 on behalf of the White House, and participated in the “Russiagate” hoax.

(You can cancel at any time).
InMatt Taibbi, Twitter

In a report that should come as a surprise to no one (especially after the TWITTER FILES drops), Russia's attempts to...

GOP wants to know if the suppression of conservatives covered candidates Conservative commentators, including Dan Bongino and Charlie Kirk, were...