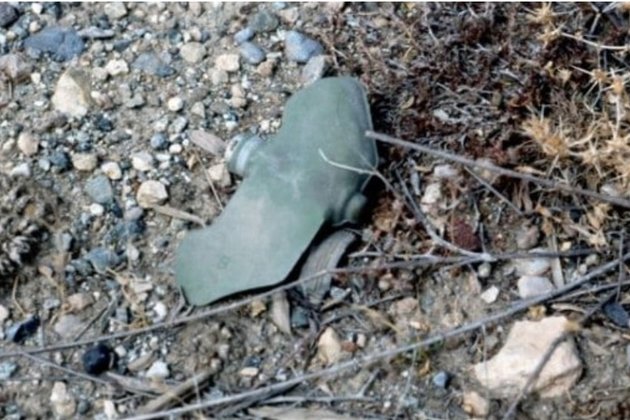 The use of PFM-1 ‘butterfly’ mines against civilians is prohibited by the Geneva conventions – but this evidently isn’t stopping Ukraine.

Given that over 300 of these mines are packed into each of the Ukrainian-fired rockets, central Donetsk would literally be a minefield.

While Ukraine has been using these mines on the Donbass for many months, in recent days they have intensely bombarded Gorlovka and Donetsk neighbourhoods with them.

Initially targeted were the hard-hit districts of Kievskiy in the north, Kirovsky in the southwest, and Kuibyshevkiy in the west.

But as of Saturday night, Ukraine hammered central Donetsk with them. And now, walking in the city centre is a nightmare, one I had to endure to document how widespread these mines are here: in central streets and walkways, near apartments, in parks…

Kiev’s forces have been showering the city with the explosives

Two people were injured in Donetsk on Sunday as Ukrainian forces continued to bombard the city with anti-personnel landmines, its mayor, Alexey Kulemzin, has asserted.

The small green butterfly-shaped PFM-1 mines, dubbed ‘petals’ in Russia, are usually launched by artillery or dropped from aircraft. The mayor wrote on his Telegram channel that explosive devices were again found scattered on the streets in several parts of the city.

He urged residents to stay home and be vigilant, as the PFM-1s can be notoriously difficult to spot when dropped on lawns and other green areas.

According to Kulemzin, two people were injured by such mines on Sunday, including a first responder who lost his foot in an explosion.

Photos and videos from Donetsk show people placing cardboard boxes over the mines that lie on the ground and marking the surrounding areas with warning signs.

City officials said Donetsk was repeatedly showered with mines this week. Kulemzin reported on Saturday that bomb units had disposed of more than 600 of them over the course of two days.

The PFM-1s are banned under the 1997 Ottawa Convention, to which Ukraine is party. Even when they do not kill the victim when stepped on, the mines often rip the person’s foot off.