Editor
A region in western Ukraine has decided to ban public displays of pretty much anything in Russian, claiming the move is necessary to preserve unity in the country. The authors want the ban to go nationwide.

The Lvov region’s legislature voted on Tuesday to impose a moratorium on the “public use of Russian-language cultural products in all forms,” with 58 votes in favor, exceeding the 43 necessary.
The “moratorium” is to remain in place until there is “a full de-occupation of Ukrainian territory,” practically making it a permanent ban. 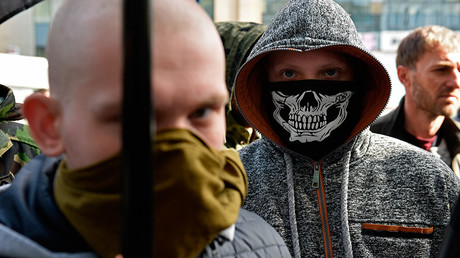 In addition to banning Russian songs, films, books and… whatever else, the lawmakers said they would recommend a similar ban to the national parliament. They said rooting out the Russian language was necessary “to protect the Ukrainian information space from hybrid action by the aggressor-state [Russia] and reverse the consequences of many years of Russification.”

Related: Washington Was Behind Ukraine Coup: Obama admits that US “Brokered a Deal” in Support of “Regime Change”

The ban is the latest in a long string of attacks on the Russian language in Ukraine, where it continues to be the largest minority language, used by millions in daily life, despite years of antagonism with Moscow.

Last year, the government imposed harsh quotas on broadcasters, requiring no less than 75 percent of their content to be in Ukrainian. Dozens of Russian books, films, and TV series have been banned for things like showing Russian law enforcement officers in a positive way (therefore, there are no more Russian crime dramas in Ukraine).

People using Russian may also face harassment in Ukraine. Speaking Russian in the Ukrainian parliament is usually met with angry shouts from “patriotic” MPs and discouragement from whoever is presiding at the session. One representative last year was simply barred from ending his speech, even though he was not fluent enough in Ukrainian to meet to the demands.

There is also a lot of pressure to abandon the Russian language on the public level. More outspoken figures like writer Larisa Nitsoy or former MP Irina Farion regularly share their latest outrage over how schools teach children too much math and physics and too little Ukrainian literature, or say that speakers of Russian should not have access to education or jobs in Ukraine. But there are those with less extreme rhetoric working to make Russian undesirable. 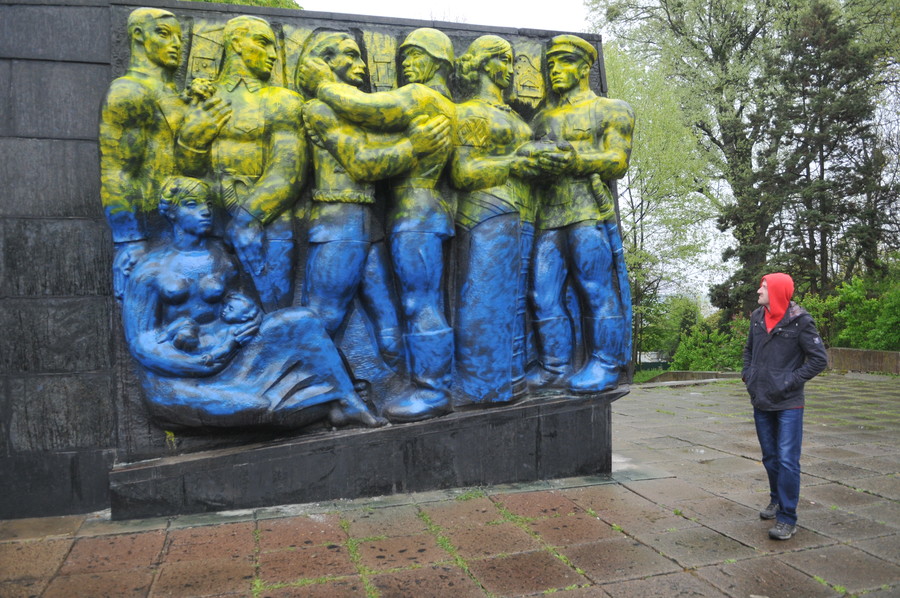 The language issue has been divisive for Ukrainian society for decades. When the Bolshevik government attempted to undermine Ukrainian nationalism and separatism in the wake of the revolution, it added a large portion of historically Russian land. The integration was not all smooth, especially since people living in what is now eastern Ukraine were forced to learn Ukrainian, read the Ukrainian-language press, and otherwise change their ways. The result of that period of Ukrainization was far from conclusive.

After splitting from the Soviet Union and becoming an independent state, Ukraine faced similar problems as its government tried to establish a new national identity for its people. 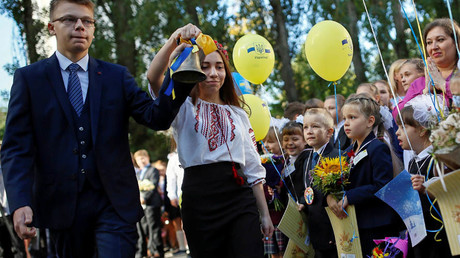 No place for Ukraine in EU, Hungary says after Kiev outlaws education in minority languages

Over the years, Ukrainian gradually gained ground, but the change was too slow for the nationalist segment of the nation. And of course, neighboring Russia was a major influence on culture in Ukraine, keeping Russian alive.

The 2014 armed coup in Kiev and subsequent conflict with Russia brought the nationalist agenda to the forefront in Ukraine. In fact, one of the first acts of the new leadership was to scrap a language law which guaranteed a special regional status for Russian. This was a major factor in the pushback that arose in the east of the country, which led to a rebellion and the current frozen conflict.
The pursuit of language superiority brought Ukraine into conflict with other neighbors last year when it passed a new education law, under which the right of Hungarian, Romanian, Bulgarian, and Russian minorities to have their children taught in their preferred language was seriously undermined.

The countries involved were outraged, with Hungary going as far as pledging to undermine any attempt by Ukraine to have closer ties with NATO. So far, Bucharest has been delivering on its threat.